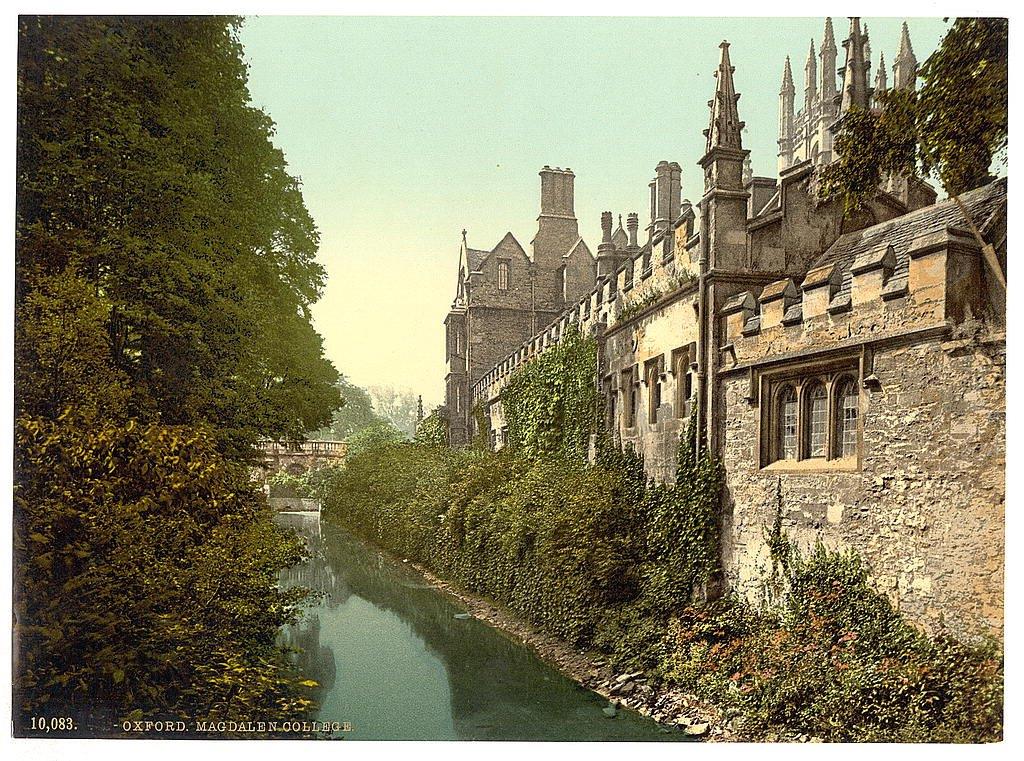 Shortly before he was admitted to Oxford University in 1916 to study English literature, C. S. Lewis, a recent convert to atheism, got into an argument with a friend about Christianity and its supernatural elements. His letters on the topic during this period reveal the spirit of the age: a disposition against religious belief. It has found many allies over the last century.

Lewis chided his friend for not accepting “the recognized scientific account of the growth of religions.” The miraculous stories of the life of Jesus were “on exactly the same footing” as that of Adonis, Dionysius, Isis, and Loki. All religion, he wrote, was an attempt by primitive man to cope with the terrors of the natural world. Just so with Christianity: The story of the resurrection was a sublime retelling of ancient pagan myths about gods and goddesses who, by initiating the cycle of the seasons, represented the pattern of death and rebirth.

By the beginning of the 20th century, it seemed that science had consigned the doctrine of the resurrection to the realm of wish fulfillment. The new discipline of psychology would do much the same. Sigmund Freud, the creator of psychoanalysis, viewed religious feeling as an expression of the childhood need for a father’s protection. “The origin of the religious attitude can be traced back in clear outlines as far as the feeling of infantile helplessness,” Freud wrote in Civilization and Its Discontents. “There may be something further behind that, but for the present it is wrapped in obscurity.”

Lewis was perfectly in step with the newly established zeitgeist, which regarded religion as inherently irrational and repressive. “Superstition of course in every age has held the common people,” he wrote, “but in every age the educated and thinking ones have stood outside it.” Mysteries about the universe remained to be uncovered, he conceded, but “in the meantime I am not going to go back to the bondage of believing in any old (and already decaying) superstition.”

Fifteen years later, however, Lewis — by then an Oxford scholar in English literature — abandoned his atheism and embraced historic Christianity. He went on to become the 20th century’s most celebrated Christian author. His works of apologetics, such as Mere Christianity and The Problem of Pain, have never gone out of print. His children’s series, The Chronicles of Narnia, awash in biblical imagery, has been translated into more than 47 languages.

Ironically, it was an argument over mythology — about the meaning of myth in human experience — that brought Lewis around. On September 19, 1931, in what might rank as one of the most important conversations in literary history, Lewis took his friend and colleague J. R. R. Tolkien on a walk along the River Cherwell near Magdalen College. A professor of Anglo-Saxon at Oxford, Tolkien had been studying ancient and medieval mythologies for decades; he had begun writing his own epic mythology about Middle-earth while he was a soldier in France during World War I.

As Lewis recounted the conversation in his autobiography, Surprised by Joy, Tolkien insisted that myths were not falsehoods but rather intimations of a concrete, spiritual reality. “Jack, when you meet a god sacrificing himself in a pagan story, you like it very much. You are mysteriously moved by it,” Tolkien said. Lewis agreed: Tales of sacrifice and heroism stirred up within him a sense of longing — but not when he encountered them in the gospels.

The pagan stories, Tolkien insisted, are God expressing himself through the minds of poets: They are “splintered fragments” of a much greater story. The account of Christ and his death and resurrection is a kind of myth, he explained. It works on our imagination in much the same way as other myths, with this difference: It really happened. Perhaps only Tolkien, with his immense intelligence and creativity, could have persuaded Lewis that his reason and imagination might become allies in the act of faith.

Lewis’s objections melted away, like ants into a furnace. “The old myth of the Dying God, without ceasing to be myth, comes down from the heaven of legend and imagination to the earth of history,” he wrote after his conversion. “We must not be ashamed of the mythical radiance resting on our theology.”

The modern mind, buttressed by science and psychology, seems either ashamed or baffled by this radiance. Even many church pulpits have transformed the historic teaching of the resurrection into a homey metaphor of springtime renewal: an unwitting nod to pagan religion.

Yet herein lies the startling, nonnegotiable claim of the Christian faith, the event that turned a disillusioned band of followers into the most resilient and transformative religious community in history. At its heart, it is the story of the God of love on a rescue mission for mankind: Christ has died, Christ is risen. Once introduced into the world, the hope of the resurrection became the axis upon which Western civilization turns.

For believers from every corner of the globe, the truth about the human story — what once seemed “wrapped in obscurity” — was revealed in a shattering gleam of light on Easter morning: Myth became fact.