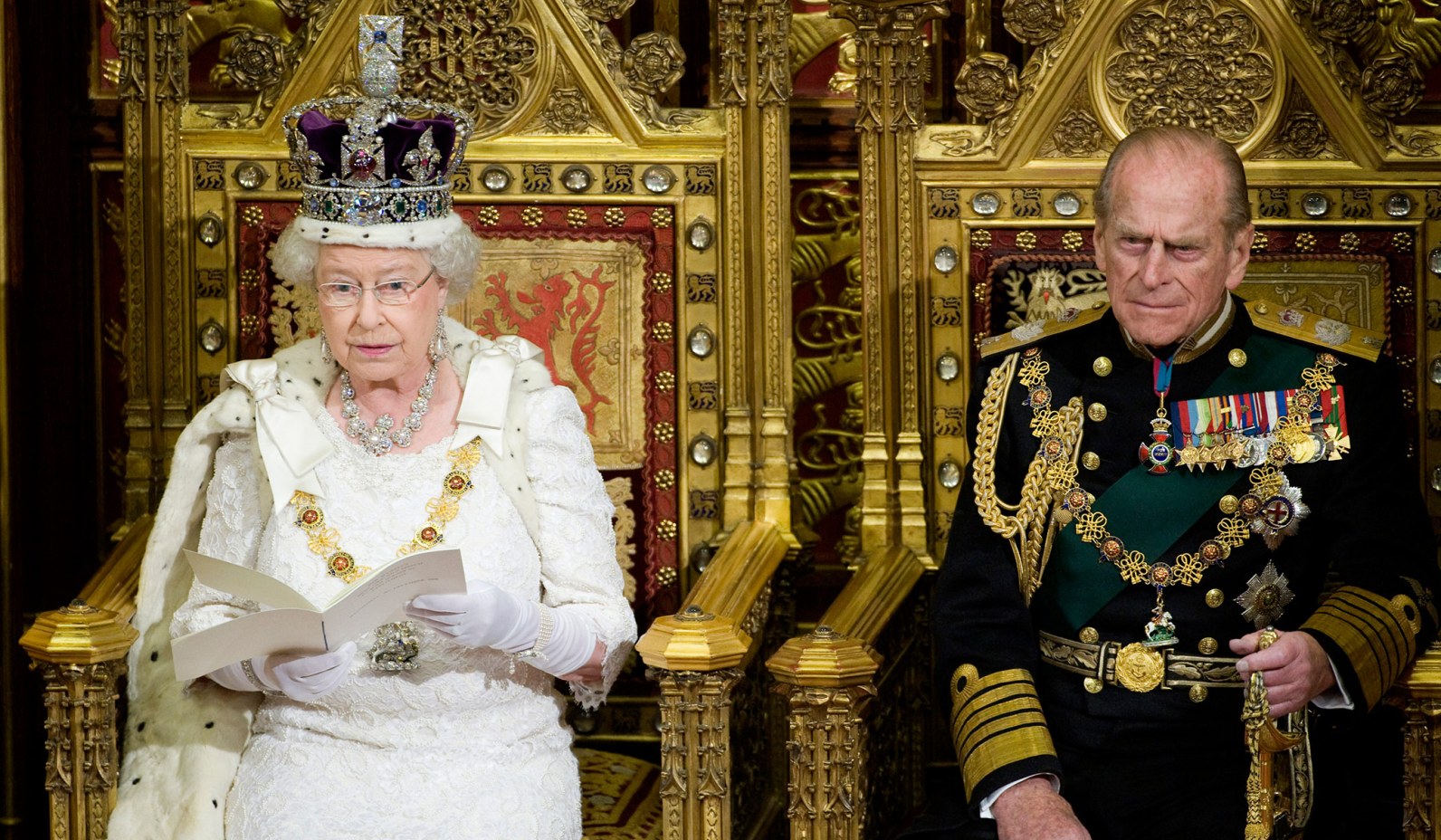 Historians may puzzle for many years over why a rambling, emotional interview between members of the British royal family and an American media tycoon-cum-billionaire became a rallying cry to destroy the British monarchy.

But so it has: The radical Left has seized upon Oprah Winfrey’s televised spectacle with Prince Harry and Meghan, Duchess of Sussex in a crusade to invalidate one of the most consequential conservative institutions on the world stage.

Accusations of racism within the royal family are not the point. The aim of modern liberalism can be symbolically discerned in William Walcutt’s painting, Pulling Down the Statue of George III at Bowling Green, July 9, 1776. It is to tear down everything the monarchy represents: tradition, authority, virtue, duty, love of country, and biblical religion.

The Left’s demolition campaign has a better chance of succeeding today, thanks to the stupefying ignorance of the history of Britain’s constitutional monarchy, which afflicts even the most highly educated. Now is a ripe time to refresh our memories of the monarchy — and recall the debt which Americans owe to the political ideals and institutions it helped to create.

Britain’s monarchy stretches back over 1,000 years, even before the Norman Conquest of 1066. Although Britain has flirted with absolute monarchy — in which the powers of the king or queen are virtually unlimited — the English have always returned to constitutionalism. The signing of the Magna Carta (1215) was one of the great hinges of political history. The monarchy agreed that no political leader was above the rule of law. The monarchy asserted the principles of due process and trial by jury.

No other political system at that time, anywhere in the world, upheld these basic concepts of justice. Foundational to the American constitutional order, they still have no place in many parts of the world today.

When King Charles I tried to rule without Parliament, he set off a constitutional crisis. Although there were other issues in play, the English Civil War (1642–1651) was an existential struggle between political absolutism and constitutionalism. In the end, Thomas Hobbes and his Leviathan lost the argument. In the decades that followed, England became the epicenter of the most important debates occurring anywhere over mankind’s inalienable rights: freedom of speech, of the press, of the right to assemble, and the right to worship God according to the dictates of conscience. All of these rights, of course, would be exported to the American colonists and enshrined in their state constitutions.

The British monarchy, despite its often-contentious relationship with Parliament, became an indispensable ally in the struggle for self-government: The Glorious Revolution (1688–89) marked another milestone in constitutionalism.

To most Britons, William of Orange was not an invader. The real invader was James II who, after ascending the throne, trampled the ancient English constitution underfoot. The new monarchs, William and Mary, came to restore it. They committed themselves — as Protestant rulers, submissive to the authority of the God of the Bible — to obey the laws of Parliament. They agreed to limit their own powers and defend the principle of government by consent of the governed. And they endorsed the English Bill of Rights, which is considered the model for the American Bill of Rights.

The new monarchs stood reverently as Parliament read out its terms for governance:

John Locke’s Two Treatises of Government (1689), his revolutionary defense of government by consent, was vindicated in this remarkable political and cultural moment. These and other documents, legitimized and enforced by the British Crown, laid a new foundation in the West for individual rights and constitutional government. Together, they shaped the fundamental laws of the North American colonies.

Thus, a century before the Americans launched a revolution to reclaim their “chartered rights” as Englishmen, England’s monarchs had decisively rejected political absolutism. They presided over a culture of common law, rooted in a belief in mankind’s “natural and inalienable” rights. In this way, they helped the West to reimagine the core purpose of government: to secure these God-given rights and freedoms for all citizens of the commonwealth.

The impact of all this on the American Founders was profound — not only on the concepts embedded in the Declaration of Independence and the Bill of Rights, but also on the very structure of the Constitution itself. As the Founders designed the separation of powers, for example, they turned to Montesquieu, the French theorist who prized the English example. “He was an ardent admirer of the English constitution,” wrote Russell Kirk in The Roots of American Order. “He finds the best government of his age in the constitutional monarchy of England, where the subject enjoyed personal and civic freedom.”

It is true, of course, that Great Britain built a massive colonial empire and was deeply engaged in the African slave trade. The monarchy approved, through royal charter, the forcible enslavement of millions of human beings. With the support of Parliament and the Royal Navy, Great Britain earned the lamentable status as the lead slave-trading nation in the world. The Left views this history as an indelible stain on the monarchy: It is a racist institution to its core, they claim.

Yet the monarchy, as the political guardian of the Church of England, was eventually confronted by the Christian conscience of Parliament, quickened by evangelical reformers such as William Wilberforce and Hannah More. Once Parliament outlawed the slave trade in 1807, the British Crown authorized the Royal Navy to enforce the new law on the high seas. Decades before the United States faced the issue head-on in the Civil War, the British monarchy led the world in abolishing the institution of slavery.

And what about Britain’s history as a colonial power? No one disputes that there were many dark episodes in the monarchy’s quest to expand and defend its empire. Many nations have a history of colonial adventurism. France, Spain, Portugal, Belgium, the Netherlands, Italy, Germany, Russia, Turkey, China, Japan, the United States — all have been engaged, to varying degrees, in empire-building. Under Queen Victoria, at the peak of its power in the 19th century, the British Empire had no imperial rival. The legacy of its rule, though, is nothing like the dark Kingdom of Mordor feverishly imagined by the Left.

No empire other than Great Britain brought to its colonies the technological tools (railroads, modern medicine, etc.) and the political ideals (capitalism, the rule of law, etc.) that made possible the development of stable, egalitarian societies. “Without the spread of British rule around the world, it is hard to believe that the structures of liberal capitalism would have been so successfully established in so many different economies around the world,” writes historian Niall Ferguson in his book, Empire. “Without the influence of British imperial rule, it is hard to believe that the institutions of parliamentary democracy would have been adopted by the majority of states in the world, as they are today.” This explains why 54 nations — most of them former British colonies — are willing members of the Commonwealth of Nations, acknowledging the British monarch as their symbolic head.

Nations that have violently rejected Britain’s model of constitutionalism — China, Russia, the Arab states — have created human misery on an industrial scale. There is a reason that the democratic reformers in Hong Kong, a former British colony, often display the Union Jack.

All of this, of course, is lost on the radical Left, whose attack on the monarchy is an assault on memory. Progressivism, drowning in grievances and incapable of gratitude, cannot grasp the nature of the progress in human rights and human flourishing made possible by those who came before them. Like the radical Jacobins in revolutionary France, they would sweep away every institution that failed to conform to their utopian delusions. Like Robespierre, the architect of “the Terror,” they would end the “long reign of crime and tyranny” and fancy themselves as “the consolation of the oppressed.” Their ambition: nothing less than “the dawn of universal bliss.”

Great Britain, whose experiment in constitutional monarchy reaches back for nearly a millennium, has aimed for something else: a political system that, though far from achieving heaven on earth, could place itself on the path to a more just, tolerant, and democratic society. We Americans, though rejecting England’s monarchy, have embraced more thoroughly than any nation on earth its unique achievements in the struggle for human freedom. God save the Queen.