National Review: Anti-Semitism Is an Attack on American Principles 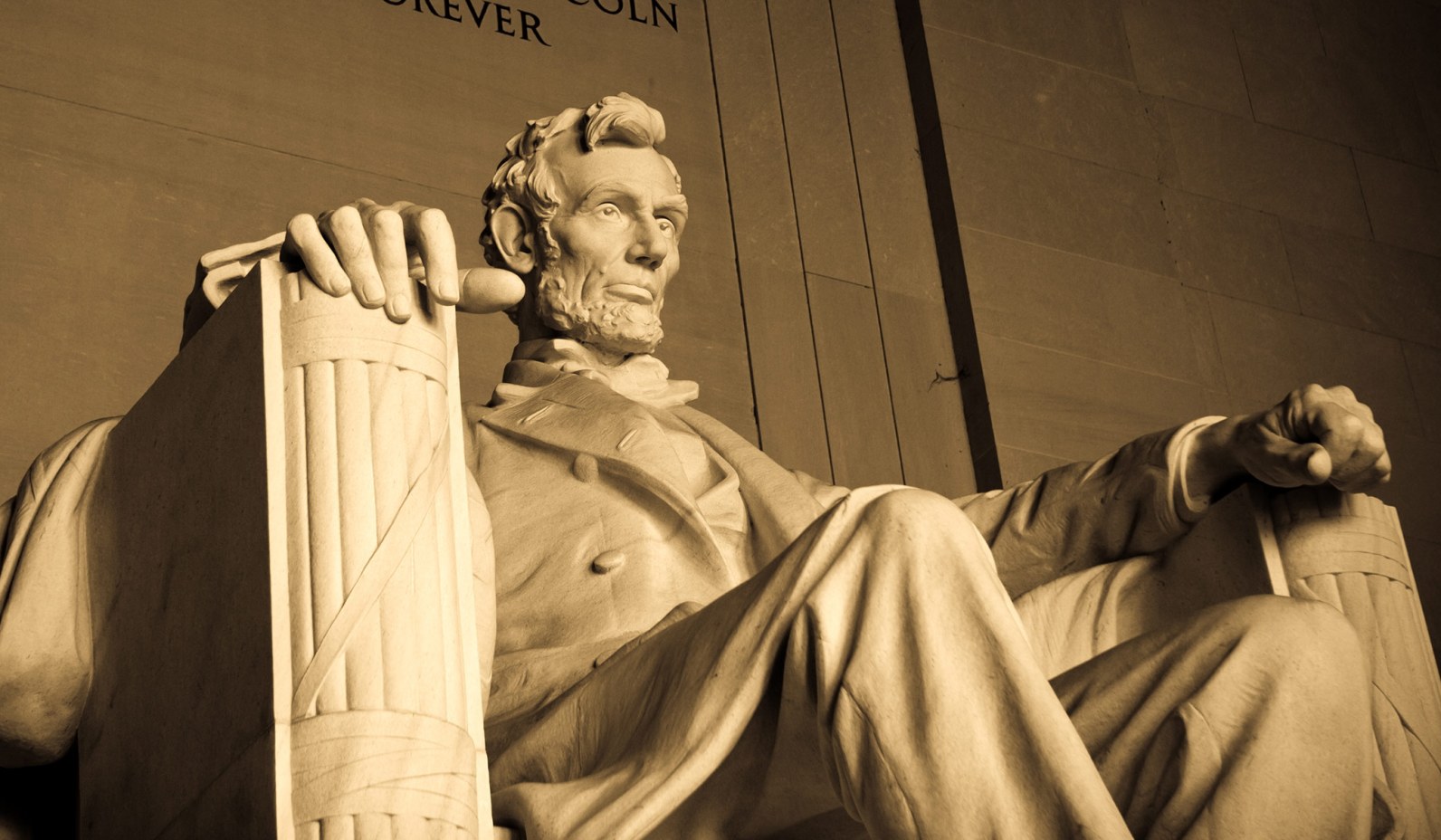 The renowned British historian Paul Johnson has called anti-Semitism “a disease of the mind.” There seems to be no permanent cure for this disease. It has flared up again, not just in the usual international settings — in the United Nations General Assembly, for example — but much closer to home.

During the first week of the Israel–Hamas conflict, the Anti-Defamation League (ADL) received 193 reports of anti-Semitic incidents in the United States. Two weeks ago, Jews were attacked by gangs in New York City and Los Angeles, and synagogues were vandalized in Skokie, Tucson, and Salt Lake City.

Attacks on Jews, however, began long before the most recent clash between Israel and the Islamist terrorist organization of Hamas. In 2019, the ADL recorded more than 2,100 anti-Semitic acts, the highest number in the 40-year history of the organization’s report. The murderous rampages in synagogues in California and Pittsburgh, a shooting at a kosher grocery store in Jersey City, the arson at the Portland Chabad Center for Jewish Life, the stabbing at the rabbi’s home during Chanukah in Monsey, N.Y., and brutal assaults on Hasidic men in Brooklyn — such incidents are no longer a rare occurrence.

Anti-Semitism is more than a hate crime. It represents a unique assault on America’s founding principles of equality and freedom. Despite the manifest violation of these principles from the start of the American experiment — the existence of slavery and the treatment of Native Americans — the United States created a civic culture that would regard Jews as equal citizens. Outside of Israel, America would become the most welcoming home to Jews of any nation in the world.

America’s journey toward religious pluralism stretches back to its early days. When the Dutch colony of New Amsterdam fell to the English in 1664 and became New York, Jews were granted all the rights of English citizenship “so long as they demean themselves peaceably and quietly.” New York governor Edmund Andros made a special effort to include Jews when he guaranteed equal treatment to all law-abiding persons “of what religion soever.” With regard to their civil rights, their Jewish identity was a nonissue; Jews voted in elections and held public office.

The Revolution of 1776 signaled to the world that a nation was coming into existence predicated upon the natural and inalienable rights of mankind — rights that could not be taken away because they were the endowment of a Creator, not the largesse of the state. The Constitution enshrined these rights in a political system of limited, republican government.

Religious freedom, considered the “first freedom” by the American Founders, was the linchpin. America has never had a national church: The government is prohibited from establishing or favoring any religion over another. The First Amendment guarantees religious liberty to people of all faiths, while the Constitution proclaims that “no religious Test shall ever be required” as a qualification for public office. State constitutions ultimately embraced these principles of religious freedom and equal justice.

The result, for Jews and all other minority faiths, was transformative. As nowhere else in the world, Jews were free to worship God according to the demands of their faith and conscience. They were also free to dissent from the religious views of the majority without fear of persecution. We call this American exceptionalism, an approach to political life — a fundamental respect for the spiritual commitments of all its citizens — that gives everyone a stake in the nation’s success.

The warm letters exchanged in 1790 between George Washington and a Jewish congregation in Newport, R.I., bear eloquent testimony to America as a safe harbor for religious pluralism. “May the children of the stock of Abraham who dwell in the land continue to merit and enjoy the goodwill of the other inhabitants,” Washington wrote. “While everyone shall sit safely under his own vine and fig-tree and there shall be none to make him afraid.” The leadership of Jeshuat Israel did not withhold their gratitude: “We now . . . behold a Government which to bigotry gives no sanction, to persecution no assistance — but generously affording to All liberty of conscience, and immunities of citizenship — deeming everyone, of whatever nation, tongue, or language equal parts of the great governmental machine.”

Washington, always conscious of the example he set as the first president of the United States, knew exactly what he was doing. It is hard to think of another major political leader at the time, in any other government in the world, expressing such a hopeful and inclusive message to his nation’s Jewish inhabitants.

Not everyone in America, of course, shared this generous outlook toward the Jews; prejudice persisted, especially during new waves of immigration. Yet, as Alexis de Tocqueville observed during his 1830s tour, the United States established a civil society that was diverse, tolerant, and deeply religious — a combination that rarely appeared in Europe or other parts of the world. “Among us, I had seen the spirit of religion and the spirit of freedom almost always move in contrary directions,” he wrote in Democracy in America. “Here I found them united intimately with on another: they reigned together on the same soil.”

Unlike in Europe, Jews in America never experienced systematic persecution. They had no reason to isolate themselves or create distinct legal systems. They were welcomed as equal citizens of a self-governing republic. “Since all religious groups had virtually equal rights, there was no point in any constituting itself into a separate community,” writes Paul Johnson in A History of the Jews. “All could participate in a common society.” “Thus, for the first time, Jews, without in any way renouncing their religion, began to achieve integration.”

Another reason for America’s warm embrace of the Jewish people must not be overlooked: the influence of the Bible. The earliest Puritan settlers established a “covenant” with one another modeled on the covenantal theology of the Hebrew Bible. Explains Gabriel Sivan in The Bible and Civilization: “No Christian community in history identified more with the People of the Book than did the early settlers of the Massachusetts Bay Colony, who believed their own lives to be a literal reenactment of the Biblical drama of the Hebrew nation.” Likewise, colonial ministers during the Revolution compared the battle for independence with the biblical story of Exodus: how the Jews escaped the slavery of an Egyptian tyrant and found freedom in the Promised Land. The inscription on the Liberty Bell in Philadelphia, of course, is taken from Leviticus 25:10: “Proclaim liberty throughout the land unto all the inhabitants thereof.”

Thanks to the impact of Protestantism, many Americans were intimately familiar with the Bible. Indeed, next to the Declaration of Independence and the Constitution, the Bible became a third founding document for colonial Americans. According to the late Rabbi Jonathan Sacks, the chief rabbi of Great Britain, the “self-evident” truths of the Declaration — that “all men are created equal and endowed by their Creator with certain unalienable rights” — were anything but self-evident. “They would have been unintelligible to Plato, to Aristotle, or to every hierarchical society the world has ever known,” he wrote. “They are self-evident only to people, to Jews and Christians, who have internalized the Hebrew Bible.”

American Christians of all denominations recognized in Judaism one of the great gifts to Western civilization: the concept of a moral law given to mankind by a divine Lawgiver. From their very beginnings as a nation — like no one else in the ancient world — the Jewish people sought to order their social, political, and religious life according to these norms. The Ten Commandments supplied the ethical bedrock not only for Judaism but also — quite remarkably — for Western civilization throughout the centuries.

The American Founders were acutely aware of this cultural inheritance and its importance to their new republic. They paid homage to it in countless ways, not least of which was in the physical architecture of their most important political institutions. It is almost impossible, for example, to ignore the carved image of Moses — deliverer of the Ten Commandments to the Jewish people — dominating the frieze atop the U.S. Supreme Court. As James Madison explained: “We have staked the whole of our political institutions upon the capacity of mankind for self-government, upon the capacity of each and all of us to govern ourselves, to control ourselves, to sustain ourselves according to the Ten Commandments of God.”

The unique contributions of the Jewish people to American political and cultural life may help explain the rise in anti-Semitism. Although white nationalism, draped in Christian symbolism, is a problem, the much greater threat comes from the secular Left. Political and cultural antagonism to Jews — in politics, entertainment, and mainstream media — is the product of a thoroughgoing materialism.

What does an increasingly secular and materialistic society have to do with anti-Semitism? If there is a single feature uniting the disparate elements of the Left, it is their rejection of moral truths, rooted in the divine will. The Jews, like no one else, delivered these truths to the world: an example of Jewish exceptionalism. Thus, the Jews stand in the way of the Left’s rage against transcendent truth, against the achievements of the West, against the claims of American exceptionalism.

If this is so, then the answer to anti-Semitism (a partial answer, to be sure) is the reassertion of America’s first principles: the recovery of our historic commitment to the God-given worth and dignity of every human soul.

This was precisely the response of Abraham Lincoln during the Civil War, when he encountered an outburst of anti-Semitism among his generals. General Ulysses S. Grant issued an order to banish Jews “as a class” from his war zone. At Holly Springs, Miss., a Union Army supply depot, Jews were rounded up and forced out of the city on foot. A Jewish delegation, led by Cesar Kaskel, arrived at the White House to contest the order.

Lincoln: And, so, the children of Israel were driven from the happy land of Canaan?

Kaskel: Yes, and that is why we have come unto Father Abraham’s bosom, seeking protection.

Lincoln: And this protection they shall have at once.

Lincoln immediately countermanded Grant’s order. (Grant would regret the order and overcome his prejudice.) This is what America’s great leaders do in the face of prejudice and injustice: They return to first principles, to the ideals of justice and equality embedded in the Declaration and the Constitution. If there is a remedy to the disease of anti-Semitism, it begins here.