National Review: Pliny’s Problem with Christianity — and Ours 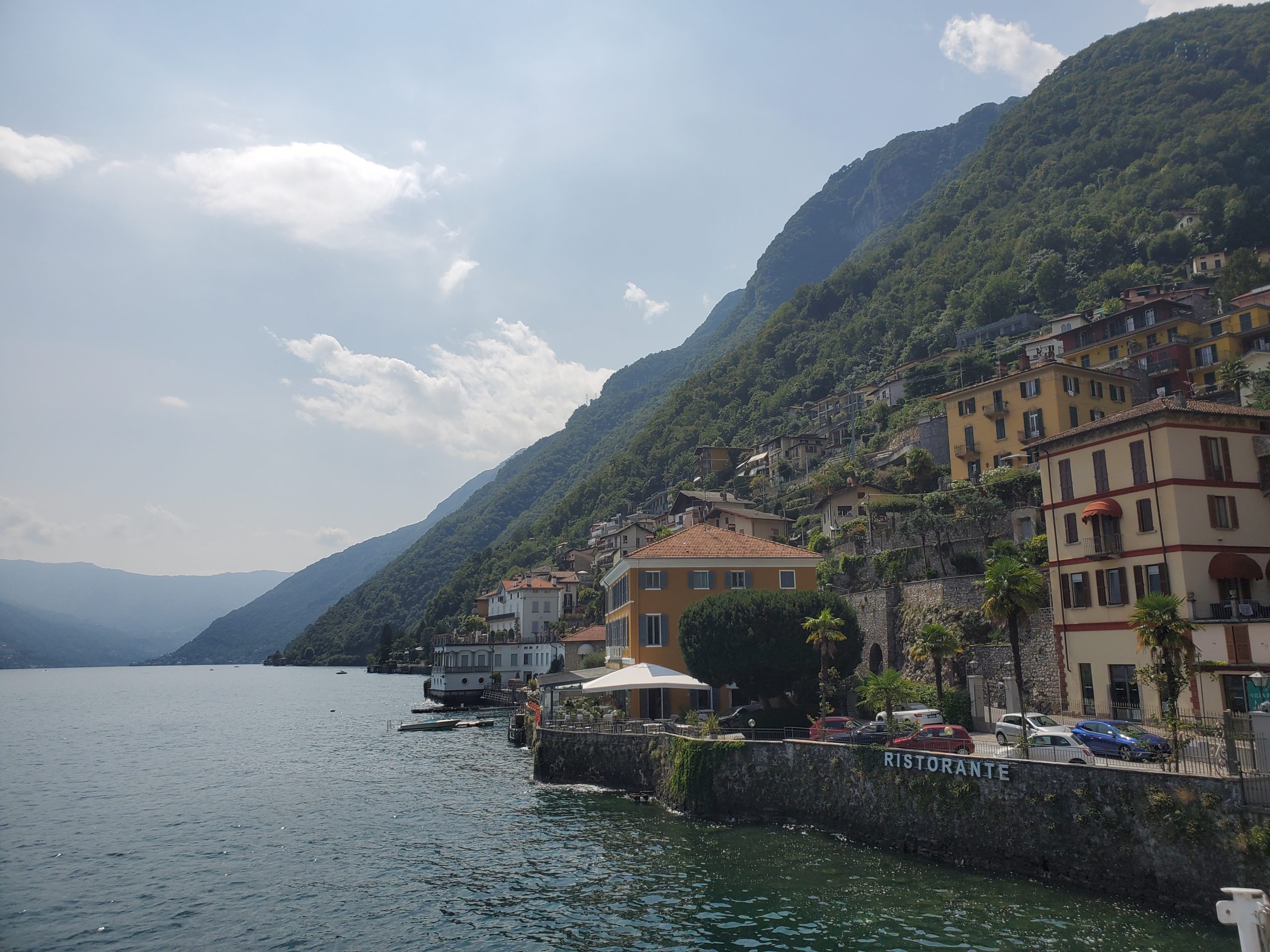 This essay series explores Italy’s unique contribution to the rich inheritance of Western civilization, offering a defense of the West’s political and cultural achievements.

Como, Italy — In the façade of the Cathedral of Santa Maria Assunta, better known as the Como Cathedral, are statues depicting various saints, the Virgin Mary, and the Archangel Gabriel. Also displayed among them, though, is the figure of a Roman official famous for his role in establishing the empire’s policy of persecution against the Christian church.

Not long after being appointed governor over the province of Bithynia-Pontus, in modern-day Turkey, Pliny the Younger wrote to the Emperor Trajan about the growing problem of a new religious sect known as Christians. He put a series of questions to Trajan about their treatment. He professed to be “unaware what is usually punished or investigated, and to what extent.” The emperor’s response, a blend of brutality and pragmatism, helped to cement imperial policy for the next hundred years.

Pliny’s letter to Trajan, written around 110 A.D., reveals Rome’s attitude toward Christianity at a moment of great cultural and political vulnerability for the church. It also represents an analog of the condescension and hostility of the modern liberal state toward traditional religious belief: a pretense of toleration unable to conceal an appetite for repression.

The founder of Christianity, of course, had run afoul of Rome’s political establishment: Jesus of Nazareth was crucified, in part, for rejecting Caesar’s claims to absolute authority. His earliest followers did likewise, insisting that they would worship Jesus alone as God, proclaim his message of salvation, and bear witness to his resurrection — regardless of Roman law. Their stirring note of defiance is recorded in the New Testament book of Acts: “We must obey God, rather than men.” Confrontation with Rome was inevitable.

Although there were occasional bursts of intense persecution in the first several decades of the life of the church — such as under the Emperor Nero following the Great Fire in 64 A.D. — there was no systematic policy. Rome initially regarded the Christians as a sect of Judaism, which enjoyed limited toleration.

By the time Pliny became governor, however, the status of the Christians had changed. They were viewed as members of a breakaway sect — and they were on the move, winning converts throughout the empire. “For the matter seemed to me to warrant consulting you, especially because of the number involved,” wrote Pliny. “For many persons of every age, every rank, and also of both sexes are and will be endangered. For the contagion of this superstition has spread not only to the cities but also to the villages and farms.”

Pliny held the establishment view that Rome’s glorious history, her mission to civilize and dominate the world, was sanctified by the imperial religion. The ancestral gods, it was believed, had ordained Rome’s transformation from a small city-state in Italy to a world empire. As Pliny expressed it elsewhere in his correspondence, the emperor uniquely embodied the compact between the gods and the people of Rome. “We have celebrated with due piety the day on which the guardianship of the human race was passed to you in most blessed succession,” Pliny wrote. “We commended to the gods, from whom you derive your rule, both our public vows and our joys.”

State religion, rule by divine right, priests as agents of government — in all of this, Rome followed the pattern of the ancient world. The Christians uniquely threatened the established order of things, inviting the displeasure of the gods. Thus, to refuse to worship the approved deities amounted to an act of sedition. “As an apologist for the traditional religion,” writes historian P. G. Walsh, “Pliny reacted with dismay to the remarkable rise of Christianity in the province of Bithynia.”

Prior to writing the emperor, Pliny had adopted an ad hoc policy toward those brought before him and identified as Christians:

I asked them whether they were Christians. If they admitted it, I asked them a second and a third time, threatening them with execution. Those who remained obdurate I ordered to be executed, for I was in no doubt, whatever it was which they were confessing, that their obstinacy and their inflexible stubbornness should at any rate be punished.

Thus, the justification for putting Christians to death was not for any criminal activity but for refusing to submit fully to the authority of Rome in matters of religion. Although many historians underscore Rome’s policy of accommodating a variety of beliefs, there were no protections for the rights of individual conscience when it clashed with the state.

Pliny investigated for himself the activities of the Christians in his province, apparently because he took seriously his charge to govern. “But I chose you for your practical wisdom,” Trajan wrote to him, “so that you would . . . establish the norms which would be good for the enduring peacefulness of the province.” What he discovered must have challenged some of his assumptions. The Christians met at dawn on a fixed day of the week, sang a hymn to Christ as God, and bound themselves with an oath, “not for the commission of some crime,” but to avoid theft, adultery, greed, and other vices.

Perhaps this explains Pliny’s uncertainty about imperial policy. What exactly were the criminal offenses of the Christians, and how should they be punished? “I am more than a little in doubt . . . whether it is the name Christian, itself untainted with crimes, or the crimes which cling to the name which should be punished.”

In response, Trajan announced what some consider a measured, even tolerant policy. The Christians were not to be hunted down as if they were insurrectionists in waiting. “Christians are not to be sought out,” he wrote. If they were brought to the attention of the authorities, they could renounce their faith without penalty “by worshipping our gods.” In addition, Trajan definitively rejected accusations from anonymous sources: “Documents published anonymously must play no role, in any accusation, for they give the worst example, and are foreign to our age.” The emperor was keenly aware of how personal vendettas, through anonymous sources, could destroy a person’s reputation. (It is worth noting that, on this point, Rome took a more ethical position than do modern newspapers such as the New York Times and the Washington Post.)

Nevertheless, the brutal fact remains: Rome made the execution of “unrepentant” Christians — those who refused to renounce their faith in Christ — a legal norm. Trajan wrote that “no general rule can be laid down” to govern the treatment of Christians, but he then proceeded to do precisely that. “If brought before you and found guilty, they must be punished.” The emperor’s answer to Pliny’s original question is clear: To merely call oneself a Christian was enough to be sent to the lions.

It is sobering to remember that neither the emperor nor his hand-picked governor was considered brutal or inhumane by the standards of the day. Throughout antiquity, the principate of Trajan (98–117 A.D.) was regarded as a golden age, a return to the representative role of the Senate. Pliny’s letters are filled with practical concerns: A colony needs an aqueduct to “contribute to the health and pleasure of the city.” Another colony needs economic aid “to relive the poverty of those in greater need.”

Nevertheless, the social and psychological divide between Rome’s ruling elite and its ordinary citizens was immense. Pliny was one of the most prominent aristocrats of his generation. He owned several magnificent villas and threw elaborate dinner parties. As he explained to a friend, one of his villas in Bellagio, Italy, sat so close to Lake Como that “you can yourself fish, casting your line from your bedroom and virtually even from your bed, as though from a small boat.” Modern political dinner parties at Cape Cod, Mass., and the Hamptons on Long Island come to mind.

One of the lessons of Rome is that the life of extreme privilege weakens the capacity for empathy, which makes persecution of outsiders more plausible. We need not exaggerate the modern hostility to professed Christians and other religious believers in the United States who challenge established orthodoxies. Nevertheless, the deepening secularization of American public life is putting many religious believers at odds with some of its most powerful institutions. Today’s elites embrace the latest ideological fads — from critical race theory to gender-reassignment surgery — as though they were substitute faiths. Backed by the coercive power of government, they would search out, punish, and silence dissent.

The American Founders took a different view of the rights of conscience. For them, no political regime could invade the sacred realm of belief between the individual and her Creator. James Madison made religious freedom the linchpin of constitutional government: the moral and philosophical basis for the freedoms protected by the Bill of Rights. “It is the duty of every man to render to the Creator such homage and such only as he believes to be acceptable to him,” Madison wrote. This obligation, he explained, preceded the claims of civil government. “Before any man can be considered as a member of Civil Society, he must be considered as a subject of the Governor of the Universe.”

Madison knew his Bible. The Christians who confounded Pliny, who defied the political establishment, who faced death rather than bow to the idols of their age, embraced a profound imperative from their Teacher and Lord: “Render to Caesar what belongs to Caesar and render to God what belongs to God.” Rome trampled this concept underfoot, accelerating its own corruption and disintegration — a lesson the Founders never forgot.