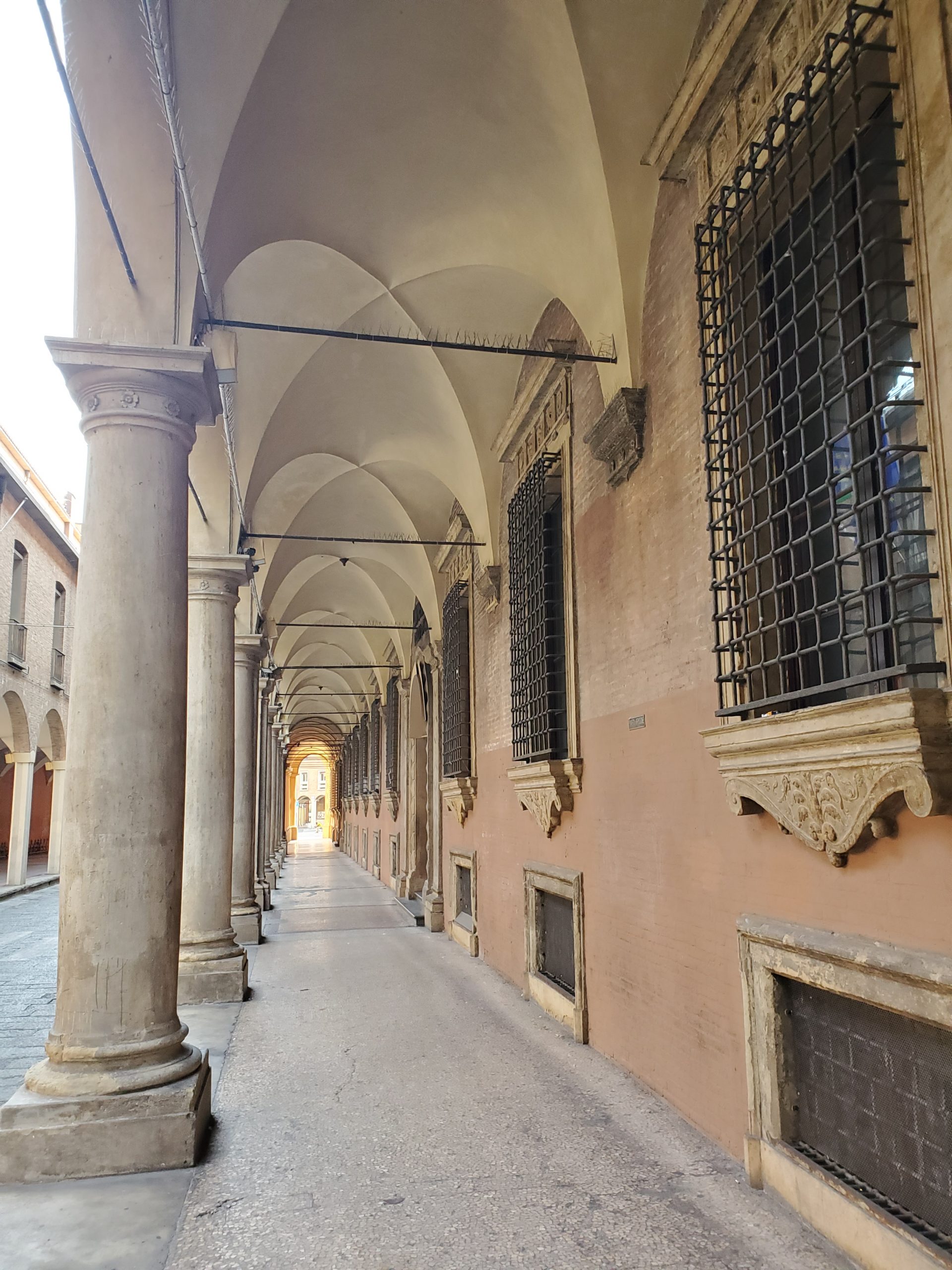 This essay series explores Italy’s unique contribution to the rich inheritance of Western civilization, offering a defense of the West’s political and cultural achievements.

Bologna, Italy — The idea of the university, of an institution devoted to freedom of thought in the pursuit of truth, stretches back nearly a millennium. Its origins can be traced here, when a daring and powerful woman invited a famous scholar to teach Roman law to a small group of ambitious young men.

The Countess Matilda, heiress to vast tracts of land in Tuscany and a friend of Pope Gregory VII, was as fervent in her quest for knowledge as in her piety. In 1080, the discovery in an Italian library of texts of Roman law, compiled under Justinian in the sixth century but lost for many years, created a sensation. As historian Harold Berman explains, Europeans viewed Justinian’s law as “the ideal law, the embodiment of reason,” and applicable everywhere. The texts were copied and began to be studied, as students gathered to hire teachers to expound their meaning. A popular and dynamic teacher known as Irnerius caught the attention of Matilda, and in 1088 she arranged to have him teach in her native Bologna.

It marked a quiet yet profound revolution in the history of education. The Bologna students quickly organized themselves into a guild, what they called a universitas, a term from Roman law to describe an association with a legal personality. It was a bottom-up affair: The students paid the salaries of the professors themselves — and penalized them if they were not fulfilling their academic duties. They secured a charter from the city of Bologna that made them responsible for:

The cultivation of fraternal charity, mutual association and amity, the care of the sick and needy, the conduct of funerals and the extirpation of rancor and quarrels, the attendance and escort of our candidates for the doctorate to and from the place of examination, and the spiritual welfare of members.

The school at Bologna eventually drew teachers and students from all over Europe and from other disciplines — medicine, theology, philosophy, the liberal arts — and organized them into an academic profession. This spontaneous experiment marked the birth of the university, the oldest in the world, and the first institution to establish academic requirements and award degrees. The principle of academic freedom had taken root.

Bologna introduced a completely novel approach to education in the West. Before the eleventh century, formal education in Europe occurred almost exclusively in monasteries. In the emerging cathedral schools, education was supervised by ecclesiastical authorities, charged with upholding the doctrinal teachings of the Catholic Church. The desire to ensure orthodoxy intensified as tensions mounted between church and state. They hit a high-water mark during the Papal Revolution, a campaign begun in the eleventh century to preserve the independence and authority of the Church of Rome against the claims of emperors and kings. Thus, there were hard limits on what could be taught or debated, even at Bologna, which was not under church supervision.

Nevertheless, there was a spirit of innovation and freedom at Bologna, where the city and the university collaborated to preserve their independence and advance a common educational vision. The city of Bologna, under the slogan libertas, had sought to escape feudal rule and become a free commune. For the first century of its existence, the university was free to establish its own academic priorities and operated independently of the church. Bolognese jurists could support opposing views about the extent to which Roman law supported papal or imperial claims. Students were encouraged to do the same in a curriculum that included the disputatio, a debate supervised by a professor, a precursor to the modern moot court.

Bologna’s revival of Roman law also set the stage for the compilation and study of canon law, the papal rulings, and other decrees issued through the centuries. This became the lifework of Gratian, another Bolognese scholar. His Decretum offered a comprehensive body of church rulings touching nearly every conceivable realm of human activity. Gratian opened the Decretum with words from the Apostle Paul’s letter to the Ephesians: “For the whole law can be summed up in this one command: ‘Love your neighbor as yourself.’”

The combination of Roman law and church law put Bologna at the center of a revolution: The Roman ideals of justice would be reframed and reinterpreted by the Christian concept of love. The fundamental understanding of law would be transformed. “No longer did it exist to uphold the differences in status that Roman jurists and Frankish kings alike had always taken for granted,” writes Tom Holland in Dominion: How the Christian Revolution Remade the World. “Instead, its purpose was to provide equal justice to every individual, regardless of rank, or wealth, or lineage — for every individual was equally a child of God.”

The development of a medieval legal tradition, drawing on both civil and canon law, was exported. The greatest professors of the day carried the new outlook across Europe, to schools emerging in Paris, Prague, Vienna, Heidelberg, and Oxford. The foundation for centuries of Western legal thought — the basis for much of English common law and American jurisprudence — was being laid. And at its heart was the concept of equal justice, an innovation nearly as revolutionary as the Sermon on the Mount.

By the end of the twelfth century, the University of Bologna was renowned as the premier center for higher learning in Europe. Students from across the continent were drawn to its culture of truth-seeking. Graduates could teach anywhere, spreading their reputation as La Dotta, the Learned. The Holy Roman Emperor Frederick I (1122–1190) granted special protection to Bologna’s foreign scholars, ensuring them “freedom of movement and travel for the purposes of study.” As a result, some of the most radical minds of the Middle Ages — including Dante Alighieri, Francesco Petrarca, and Erasmus of Rotterdam — studied at Bologna. A noblewoman named Bettisia Gozzadini, after studying philosophy and law at Bologna in 1237, became the first woman in history to be awarded a university degree and allowed to teach at the university level. Even during the turbulent years of the Protestant Reformation, the university kept its doors open and protected Protestant students from prosecution by the Inquisition.

Today the University of Bologna, with eleven schools and more than 86,000 students, ranks among the top academic institutions in Europe. Its history is intimately bound up with the city of Bologna. In the historic squares, for example, it is not the statues of political or military heroes that dominate — but rather the tombs and memorials to medieval professors. Local churches, as well, pay homage to figures such as Scholastica, founder of the Benedictine nuns and the patron saint of education. It is largely forgotten that the popular term alma mater, used by university graduates around the world, comes from the University of Bologna: Its full name is Alma Mater Studiorum Universita di Bologna, or “the Nourishing Mother of Studies University of Bologna.”

The modern university could use some intellectual nourishment, Bolognese-style. Unlike the contempt for Western civilization that animates much of the academy, the students at Bologna paid homage to their cultural inheritance: the classical-Christian tradition. Unlike the tribalism and grievances that characterize campus culture, Bologna sought to create an academic community devoted to meeting the physical, emotional, intellectual, and spiritual needs of its members.

The University of Bologna, in author Tom Holland’s words, became “a new nerve-center for the transfiguration of Christian society.” The recovery of its intellectual and spiritual vision is perhaps the most urgent task of our time.