National Review: A New Order for the Ages 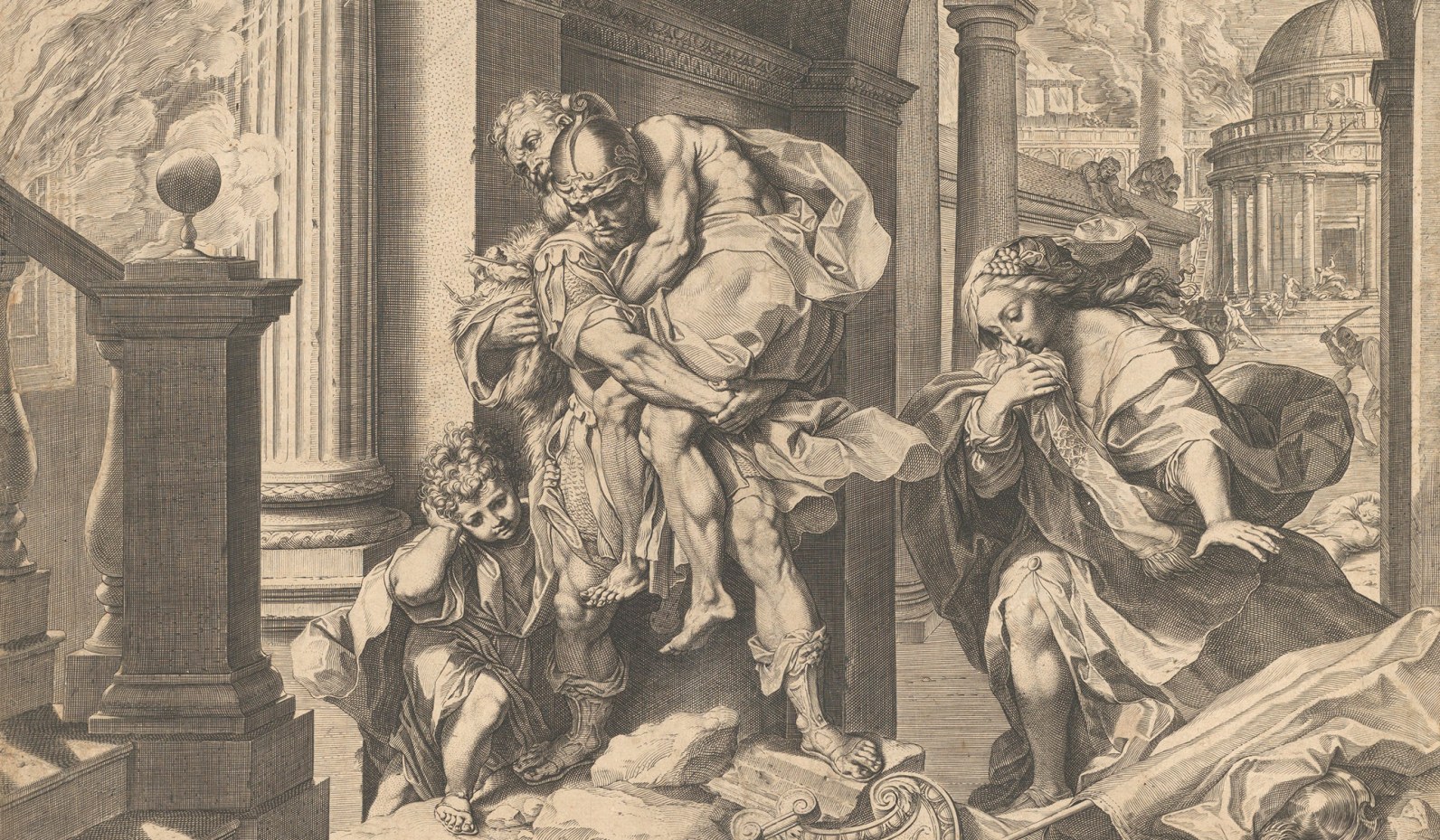 Naples, Italy — At a crisis moment in his life, the epic hero of Virgil’s mythic account of the founding of Rome turns to a woman for counsel. Aeneas, the prince of Troy, had fled the ruins of his city when it fell to the Greeks and arrived in Cumae, west of Naples, anxious and uncertain about his fate. He asks the Sibyl of Cumae, one of the most revered prophets of the ancient world, to guide him in his journey to the underworld. She agrees, but not before delivering a message filled with foreboding:

You have braved the terrors of the sea, though worse remain on land — you Trojans will reach Lavinium’s realm — lift that care from your hearts — but you will rue your arrival. Wars, horrendous wars, and the Tiber foaming with tides of blood, I see it all!

The Aeneid has been described by one scholar as “the single most influential literary work of European civilization for the better part of two millennia.” It is a story about origins, written by Rome’s greatest poet when his nation was in the throes of an identity crisis. The Roman people had discarded their republican form of government in favor of an empire run by autocrats. Virgil, probably prompted by the Emperor Augustus, sought to give Rome a revived sense of its civilizing mission in the world — to somehow reconcile the ideals of the republic with the fearsome realities of the empire.

The encounter at Cumae marks a turning point for Aeneas. “Come, press on with your journey,” says the Sibyl. “See it through, this duty you’ve undertaken.” Aeneas, obedient to the calling on his life, forges ahead.

America’s founding generation absorbed Virgil (70–19 b.c.) and the lessons of Rome. They admired the story of Aeneas, the man who led a tiny group of intrepid refugees across the sea to create a great nation in a hostile world. Like Rome, the American republic would inaugurate a new social and political order. Indeed, the motto on the Great Seal of the United States, a novus ordo seclorum — a new order for the ages — was borrowed fromVirgil’s book of poems, The Eclogues. Unlike Rome, however, this political order would be based on the concepts of human equality and human freedom.

It thus comes as no surprise that the progressive assault on America as a racist and imperialist juggernaut has drawn into its wake a raft of revisionist views of Virgil’s work. Awash in woke assumptions about the West, critics don’t have much to say about some of the key elements of the story, such as virtue, sacrifice, and faith. “Two thousand years after its appearance,” writes Daniel Mendelsohn in The New Yorker, “we still can’t decide if his masterpiece is a regressive celebration of power as a means of political domination or a craftily coded critique of imperial ideology.”

It does not occur to the leftist literati that there are other, legitimate ways of appreciating Virgil’s achievement that avoid these crude tropes. The English classicist Bernard Knox, for example, identified three major virtues on display in the work. All of them, it turns out, are essential for republican government.

There is the concept of auctoritas, the respect that is earned by those who lead and govern wisely and bravely, whether in war or peacetime. It suggests an intangible yet widely acknowledged moral authority. There is the idea of gravitas, a deep seriousness about political and religious matters. It requires maturity, a grasp of the ultimate issues at stake in the contest at hand.

Lastly, there is pietas, which signifies duty and devotion: honoring one’s binding commitments regardless of the personal costs. In the early lines of the poem, Aeneas is called “a man outstanding in his piety.” This quality was immensely significant to C. S. Lewis, the Christian author and scholar of English literature at Oxford University. Lewis regarded the Aeneid, with its emphasis on pietas, as one of the most important influences on his professional life. “It is the nature of a vocation to appear to men in the double character of a duty and a desire, and Virgil does justice to both,” he wrote. “To follow the vocation does not mean happiness: but once it has been heard, there is no happiness for those who do not follow.”

When the American founders wrote that “civic virtue” was essential for republicanism, they had the Roman concept of pietas especially in mind. As Knox explains, the Latin word carries a broad meaning. It includes the idea of piety, of course, or devotion to the Divine. Aeneas “is always mindful of the gods, constant in prayer and thanks and dutiful in sacrifice.” It also involves devotion to family, an outstanding trait in the life of Aeneas. George Washington kept on his mantelpiece a bronze sculpture of Aeneas carrying his father as they escaped from the fires of Troy.

Yet pietas contains another obligation in addition to what is owed the gods and family, a quality that has come under sustained assault in the progressive age of rage: duty to one’s country. For Aeneas, his loyalty is to Rome. His task is not only to wage war and defeat defiant tribes, his supreme mission is nothing less than to establish a new civilization: “Roman, remember by your strength to rule Earth’s peoples — for your arts are to be these: to pacify, to impose the rule of law, to spare the conquered, battle down the proud.”

Aeneas accepts his calling reluctantly, sensing the hazards that lie ahead. When he wavers — as when he falls in love with Dido of Carthage and convinces himself that Carthage, not Rome, can be the new home for the Trojans — he invites disaster. It is only when Aeneas submits unreservedly to the divine calling that he achieves his stature as a great leader. In this, he becomes a model of civic virtue: the individual who chooses the public good over private ambition, who sacrifices himself for the sake of the Roman republic, the res publica.

Virgil helped to make the concept of pietas an ideal for all Romans. His tomb, a place of pilgrimage for centuries, is in Naples, where he owned a villa. It forms the center of a park dedicated to his memory.

When the American founders considered the virtues necessary for self-government, they turned instinctively to Rome. Most of them were trained in the classics. They devoured the works of Cicero, Tacitus, Livy, and Plutarch. They reflected deeply on the inevitable clash between freedom and order, between individual liberty and the will to power. The result was a written constitution that has made possible the most democratic, prosperous, and welcoming society in history.

Today, however, the United States, lacerated by divisions and self-doubt, seems to sit on the edge of a knife. After years of civil war, the Romans looked to Virgil to recover the virtues that helped to establish and sustain their republic. In the end, their political project collapsed into tyranny. Now in the throes of a culture war over the moral legitimacy of our political order, Americans are uncertain where to turn for guidance or inspiration. Rather than pietas, impiety is all the rage.

Words from the Sibyl come to mind: “Man of Troy, the descent to the Underworld is easy. Night and day the gates of shadowy Death stand open wide, but to retrace your steps, to climb back to the upper air — there the struggle, there the labor lies.”

Editor’s note: This article originally stated that the phrase “new order for the ages” came from the Aeneid; it came from Virgil’s Ecologues.