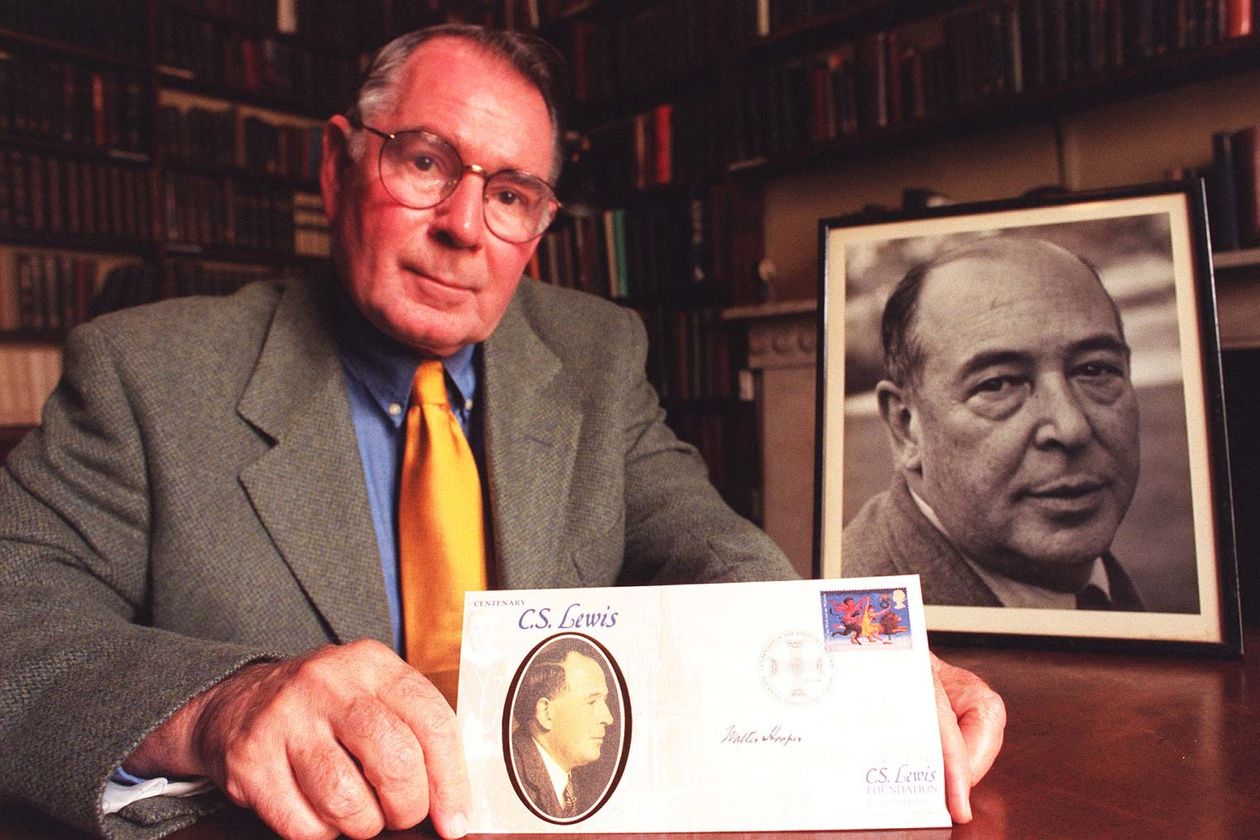 When illness forced C.S. Lewis, the celebrated author and Christian apologist, into a nursing home, he wanted his secretary to retrieve some books. “You know which two books you must bring me?” he asked. “Yes,” his secretary replied. The books were E.R. Eddison’s “The Worm of Ouroboros” (1922), a heroic romance that Lewis absorbed as a young man, and “The Aeneid,” Virgil’s epic tale of the founding of ancient Rome.

Walter Hooper, the secretary, first discovered Lewis’s writings as a university student in 1954. Today, at 89, he is the foremost Lewis scholar in the world. His life’s work has ensured that the diverse Lewis corpus—poems, novels, satires, sermons, essays, apologetics—remains in print.

The scholar was smitten when he read Lewis’s preface to “Letters to Young Churches,” a colloquial translation of the New Testament epistles by J.B. Phillips. In defending the work, Lewis argued that the same “divine humility” that sent the Son of God into the world as a baby also delivered his message in a “vulgar” and “prosaic” language: “If you can stomach the one, you can stomach the other.”

“I’d never met anybody who believed that way,” Mr. Hooper recalls in a recent conversation at his Oxford, England home. “I was determined to have more words by this man.” Over the next 50 years, he got his hands on virtually everything Lewis wrote.

The two men first met at Oxford in the summer of 1963. “We had three pots of tea,” he says. “If you met Lewis, the chances are that he would like you very much.” As Mr. Hooper prepared to return to the U.S., Lewis stopped him: “You’re not getting away! You’re coming to the Inklings meeting.” This was a group of Christian authors and friends—including Lewis, J.R.R. Tolkien, and Owen Barfield—who met at a pub weekly to discuss literature.

With his health failing, Lewis asked Mr. Hooper to stay and help maintain his correspondence. He agreed, left his teaching job in Kentucky, and moved to England. They spent countless hours together during Lewis’s final months.

“I remember talking to him about going to France,” Mr. Hooper tells me. “He said, ‘Of course I did. I was there during 1917 and 1918.’ I said, but that was serving in the army. He said, ‘Well, that was enough. Why go back to the site of all that slaughter?” A second lieutenant in the British Expeditionary Force, Lewis was nearly killed in combat. Most of his close friends died. “He once said ‘I think some of the best friends I would have made were those soldiers that I trained with,’ ” Mr. Hooper says. “He knew that we just hold onto life through a thread.”

The cataclysm of World War I helped to bring Lewis and the Inklings together in the postwar years. “I can’t think of anybody who was a dedicated member of the Inklings who was not in the war,” he says. “It caused you to really love these remainders, these friends who got through.” Chief among them was Tolkien, who shared his taste for fantasy and mythology.

Mr. Hooper once found a letter in which Lewis recounts Tolkien reading him a story about “Middle-earth.” The letter was dated 1929—nearly 20 years before Tolkien completed the “The Lord of the Rings.” Lewis never stopped encouraging Tolkien to turn his “mad hobby” into an epic romance. “I never had any inclination to write a story. What I liked was building up languages,” Mr. Hooper remembers Tolkien telling him. “But you know what Jack Lewis was like. He was such a boy. He had to have a story. And that story, “The Lord of the Rings,” was written to keep him quiet!”

Mr. Hooper’s grasp of Lewis’s work—he has edited two dozen collections of his writings and edited and annotated four volumes of his personal letters—is staggering. And his admiration has not dimmed. In Lewis, Mr. Hooper says, he met a Christian pilgrim who discovered in great literature “an avenue to holiness.”

Lewis earned fame in the 1940s and 50s for books such as “The Screwtape Letters” and “The Chronicles of Narnia.” But when he died on Nov.22, 1963—the same day President Kennedy was assassinated—his legacy was uncertain. No one knew if stories about an epic struggle between good and evil would maintain an audience in an increasingly secular world.

“Right after he died, I went to Blackwell’s and saw a whole table of his books remanded,” he says, meaning they were being taken from the bookshop and warehoused. “I thought, this calls for a fight.” Millions of people around the world have encountered the imaginative mind of C.S. Lewis—and been transformed by the encounter—because Mr. Hooper jumped into the fray.