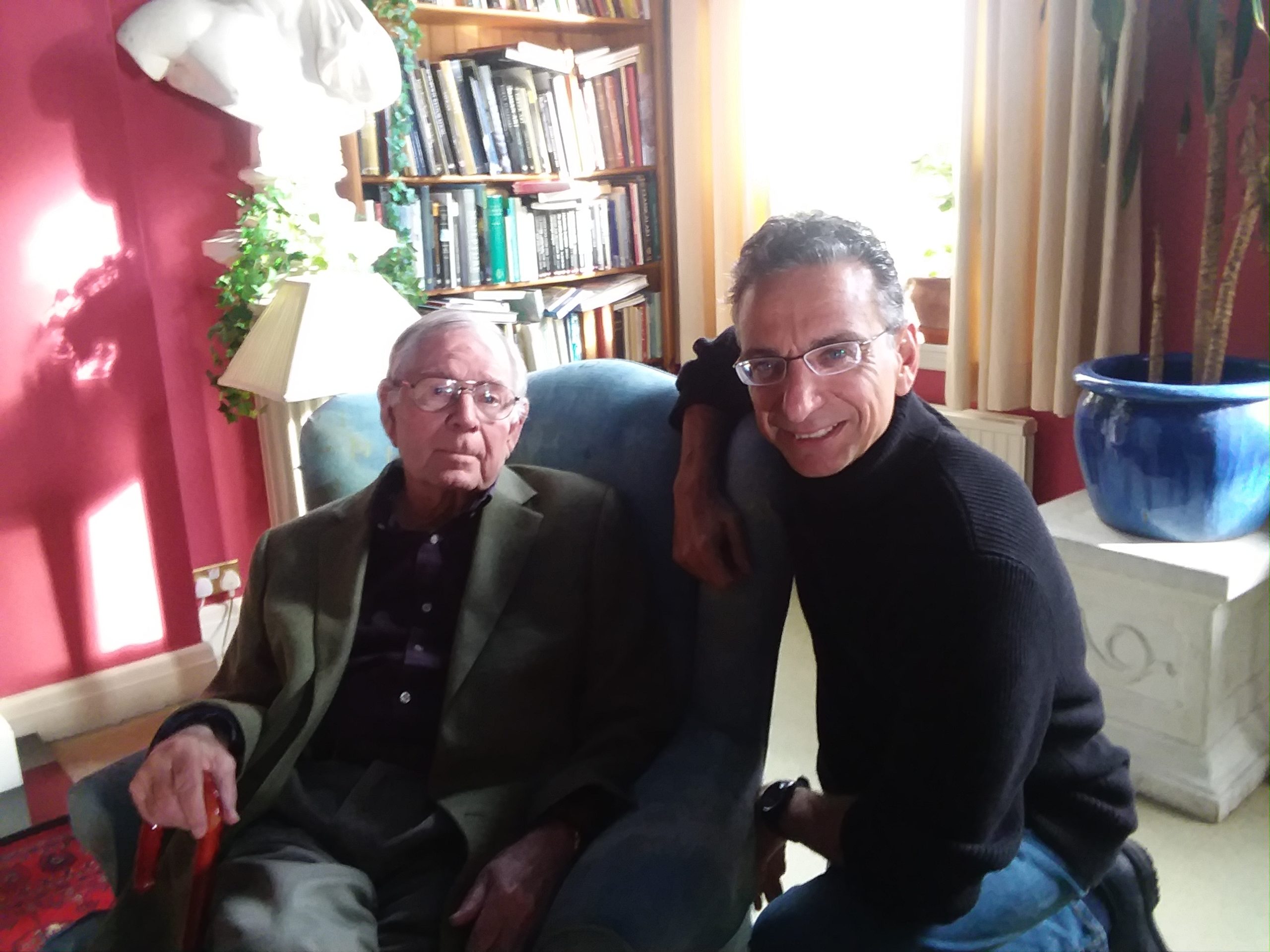 Near the end of his life, C. S. Lewis, although well-known as a Christian author and apologist, wondered whether his books would continue to find an audience. “What happens after a man dies is that his books stop selling,” he told his secretary, Walter Hooper, in the summer of 1963.

“You don’t have to worry,” Hooper assured Lewis.

“What is it about an American secretary who tells me I don’t need to worry?” Lewis replied.

“The reason you don’t need to worry is because your books are so good, and your readers are not that stupid,” Hooper insisted.

Hooper devoted the remainder of his life — nearly five decades — to fighting to retrieve and publish virtually everything Lewis ever wrote, proving that he’d been right about the great man’s enduring appeal. When he died at 89 this morning after contracting the coronavirus, the world lost its foremost authority on Lewis and his writings.

Hooper’s was an epic intellectual and spiritual journey that began in the 1950s, when he was studying English at the University of North Carolina and read Lewis’s defense of J. B. Phillips’s modern translation of the New Testament. Against those who insisted upon the Authorized Version of the Bible (King James translation), Lewis warned that its majestic style could easily blunt the fearsome themes it contains. “Beauty exalts, but beauty also lulls,” he wrote.

“Well, that absolutely changed me,” Hooper told me during a recent interview at his Oxford home. He began reading everything by Lewis he could get his hands on, and, after the two corresponded for nearly a decade, he visited Lewis in Oxford. The meeting went well: “He was a great drinker of tea,” and they finished three pots of it. His health failing, Lewis asked Hooper to stay on and help with his correspondence. Hooper agreed, making a decision that was as daring as it was life-changing.

The two men spent many hours together in conversation, especially during the last weeks of Lewis’s life. Soon after Lewis died on November 22, 1963 — the day John Kennedy was assassinated — Hooper got to work. He negotiated with publishers to make sure books such as Mere Christianity, The Abolition of Man, The Problem of Pain, and The Great Divorce remained in print. For the next decade, working without a salary and scraping by as a part-time teacher, Hooper began a search for all of Lewis’s essays. He scoured libraries, journals, magazines, and newspapers to produce more than two dozen collections of Lewis’s writings. He also located virtually all of Lewis’s letters, producing four annotated volumes with revealing biographies of the recipients.

Hooper’s work transformed him, drawing him into a more rigorous Christian commitment. He became a minister in the Anglican Church, and eventually converted to Catholicism. After an afternoon with Hooper, it was obvious that his love and admiration for Lewis still shone like a beacon across a night sky. “I have decided to go back and re-read everything in the order it was published,” he told me. “And I’m stunned — I’m stunned at how good everything is.”

I was stunned as well when, as a college undergraduate, I first encountered Lewis’s writings in God in the Dock: Essays on Theology and Ethics, edited (naturally) by Hooper. “Foolish preachers, by always telling you how much Christianity will help you and how good it is for society, have actually led you to forget that Christianity is not a patent medicine. Christianity claims to give an account of facts—to tell you what the real universe is like,” Lewis wrote. “If Christianity is untrue, then no honest man will want to believe it, however helpful it might be: if it is true, every honest man will want to believe it, even if it gives him no help at all.” Like Hooper, I was hooked.

Articulating the case for the Christian gospel — what Lewis called “mere Christianity” — became an urgent task during the 1930s and ’ 40s, when it seemed that the Christian churches had little to offer as the ideology of Nazism swept Europe. Over a pot of tea, Hooper related the moment, during the Battle of Britain, when Lewis conceived of his diabolical satire, The Screwtape Letters. “The day before [Lewis] started writing The Screwtape Letters, Dr. Havard [Dr. R. E. Havard, Lewis’s physician] came out to see him, and together they listened to Hitler’s talk over the air, and Hitler said he would deal very mercifully with Britain when he takes it over.” Lewis admitted to his brother that “while the speech lasts, it is impossible not to waver just a little.”

The next day, Sunday, July 21, 1940, while attending a service in Holy Trinity Church, Lewis imagined a book consisting of the correspondence between a senior devil, Screwtape, and his junior tempter, Wormwood. He dedicated the work to his Oxford colleague and friend, J. R. R. Tolkien, who shared his passion for fantasy and mythology. Published in 1942, it became a bestseller and helped put Lewis on the cover of Time magazine. Even one of Lewis’s critics admitted that he “possesses the rare gift of being able to make righteousness readable.”

It was this quality that Hooper believed set Lewis apart and would ensure his continued popularity. As it turned out, the American tar heel was right: The Chronicles of Narnia series alone has sold over 100 million copies and been translated into at least 47 languages. Like no one else, Hooper absorbed the vast corpus of Lewis’s work: fantasy, satire, science fiction, literary criticism, essays, sermons, apologetics, and poetry. His reputation as a Lewis scholar once got the attention of Pope John Paul II, who invited him to the Vatican. “He had just finished reading The Four Loves . . . and he said, ‘Walter Hooper, you are doing very good work,’” Hooper recalled.

Hooper never tired of drawing attention to Lewis’s talent for making Christian thought persuasive to the layman. In his encyclopedic book C. S. Lewis: Companion and Guide, Hooper relates how Lewis gained national attention for his BBC broadcasts defending Christianity during World War II, receiving many speaking invitations. He engaged with fellow dons, members of the Royal Air Force, factory workers, and university students. “It was partly due to this varied experience,” Hooper writes, “that he came to see why the professional theologians could not make Christianity understandable to most people.” In the Protestant tradition to which he belonged (the Anglican Church), Lewis combined reason and imagination to translate the gospel into terms everyone could grasp.

“At times it embarrassed me, when Lewis was talking about God, that I hardly believed in the same way that he did,” Hooper told me. In this case, admiration generated a lifelong calling: What Christopher Tolkien achieved in excavating the work of his famous father, Walter Hooper accomplished for C. S. Lewis. At a recent conference in Slovakia, Hooper was asked to explain why he invested so much of his life quietly serving someone else’s legacy. He did not hesitate in answering: “I said, ‘It’s been wonderful. I wish to God I could do it all again.’”