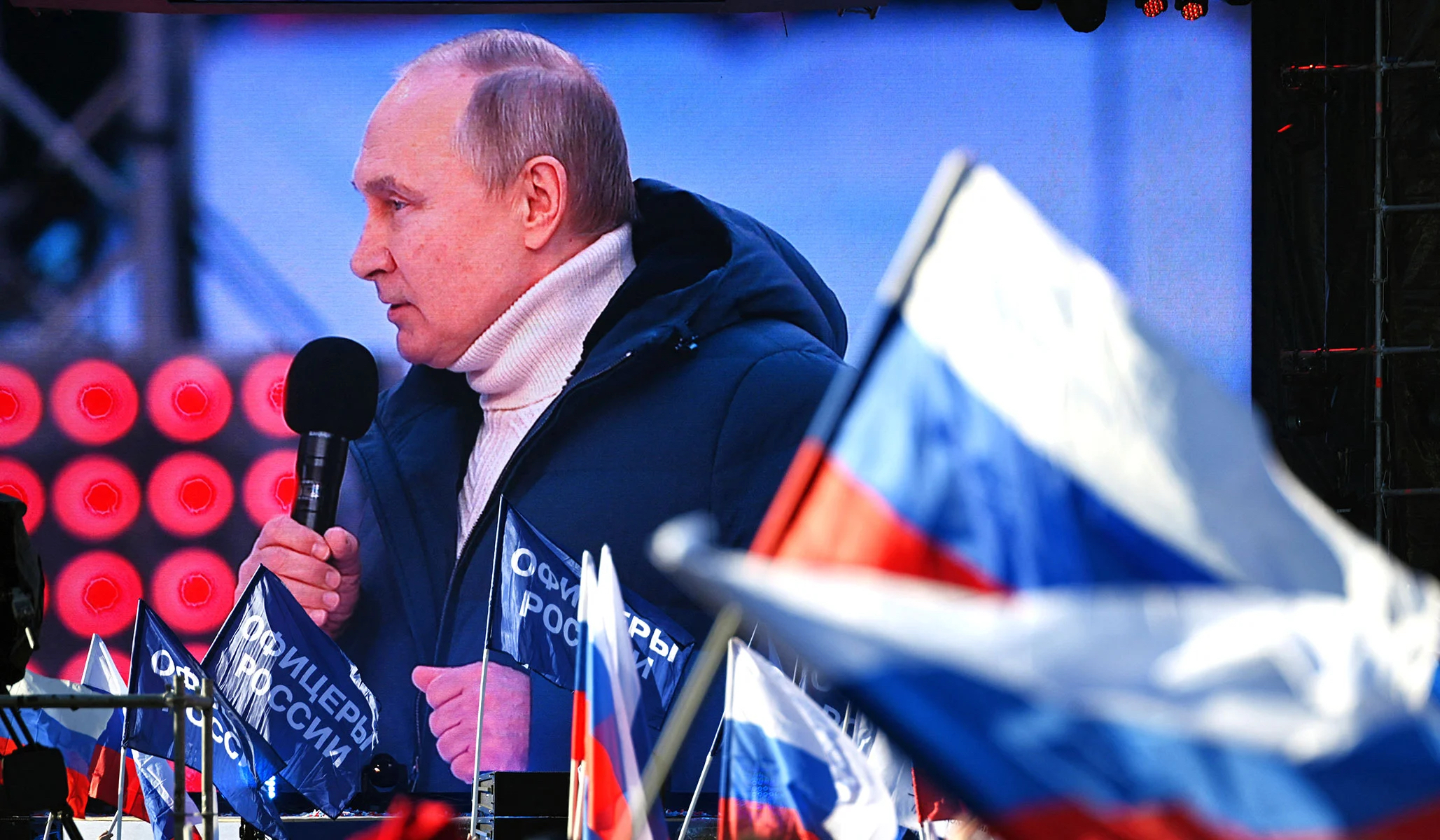 The rise of authoritarian regimes, wars of aggression, the erosion of basic human rights, a bloody civil war, a refugee crisis in the heart of Europe — welcome to the 17th century.

Out of the turmoil of this period — what historian Paul Hazard called “the crisis of the European mind” — emerged two visions of political society that are once again competing for dominance on the world stage. One belongs to Thomas Hobbes (1588–1679), who saw unconditional obedience to an all-powerful state, a leviathan, as the only path to security and political stability. The other belongs to John Locke (1632–1704), who argued that freedom and equality were mankind’s birthright.

Russia has become Europe’s Hobbesian nightmare. Vladimir Putin’s regime is often compared to that of the Romanov czars. But he seems more a mix of England’s Stuart kings and the absolute monarchy of France’s Louis XIV. Charles I dismissed Parliament and cracked down on political and religious dissent, sparking England’s Civil War. Louis XIV, who dubbed himself “the Sun King,” launched a series of aggressive wars in a bid to make France the dominant power in Europe.

The violence and instability of that period produced some deep thinking about the nature of man and political society. When Hobbes pondered the realities of European society, he saw a “state of nature” in chaos: a ruthless war of all against all. The only remedy, he believed, was universal submission to an absolute political authority. As he put it in Leviathan: “And though of so unlimited a power, men may fancy many evil consequences, yet the consequences of the want of it, which is perpetual war of every man against his neighbor, are much worse.” Throughout much of the 17th century, the Hobbesian view seemed to be on the winning side of history.

Locke stood against it. No stranger to political strife, Locke was a teenager when Charles I was executed. He watched with dismay when the Act of Conformity criminalized dissent from the established Church of England; nonconforming churches were shut down and tens of thousands of citizens were harassed and arrested. Catholic France followed suit when Louis XIV ended the policy of toleration toward its Protestant minority, sending hundreds of thousands into exile. “I no sooner perceived myself in the world,” Locke wrote, “but I found myself in a storm, which hath lasted almost hitherto.”

Like Hobbes, Locke had no illusions about the dark tendencies of human nature. Yet unlike Hobbes, he saw something beyond it: a divine plan for human flourishing that supplied the moral bedrock for government by consent of the governed. Locke’s most important political work, Two Treatises of Government, which profoundly influenced the American revolutionaries, made this religious idea its lodestar.

For Locke, the state of nature was rooted in a moral law, the obligation to protect human freedom so that every individual could pursue his God-given calling and serve his true sovereign: “Men being all the workmanship of one omnipotent and infinitely wise Maker, all the servants of one sovereign Master, sent into the world by His order and about His business, they are His property, whose workmanship they are made to last during His, not another’s pleasure.”

In his feverish imagination, Vladimir Putin views the Ukrainians not as citizens of a sovereign, independent state but rather as the property of Russia. In Locke’s words, he would “reduce them to slavery under arbitrary power.” More than 4 million Ukrainians have fled the country, and millions of ordinary citizens have taken up arms to resist Russian tyranny. As Locke warned, whenever political rulers treat basic human rights with contempt, they “put themselves into a state of war with the people.”

Ukraine was not a model of liberal democracy before the Russian invasion. But the Ukrainians, in their words and deeds, have demonstrated to the world that Locke’s vision of human freedom remains deeply compelling. Even Putin, when he took the oath of office for his second term as president of Russia, felt it necessary to invoke the language of Lockean liberalism. “Only free people in a free country can be genuinely successful,” he declared. With his right hand resting on the country’s constitution, he gave a nod to pluralism and rejected authoritarian rule.

Many in the West wanted to believe him, wistfully imagining “the end of history,” that is, the unchallengeable triumph of democratic ideals. But there can be no holiday from history, because there is no escaping the tragedy of the human condition: The spirit of leviathan is never finally defeated.

Hobbes naïvely believed that an absolute monarch could simultaneously preserve order and justice. He might have pondered more carefully the ancient symbolism of the leviathan. In Jewish mythology, Leviathan was a primordial sea serpent, something malevolent, chaotic, uncontrollable, and beyond human comprehension.

Such is the regime in Moscow, a 21st-century version of this creature, armed with weapons of mass destruction. It presents a fearsome challenge. As the author of the Old Testament book of Job warns his readers, those who oppose it will “curse the day, who are prepared to rouse Leviathan.”