The National Interest: Toleration, Liberalism, and Lessons for a Fractured America 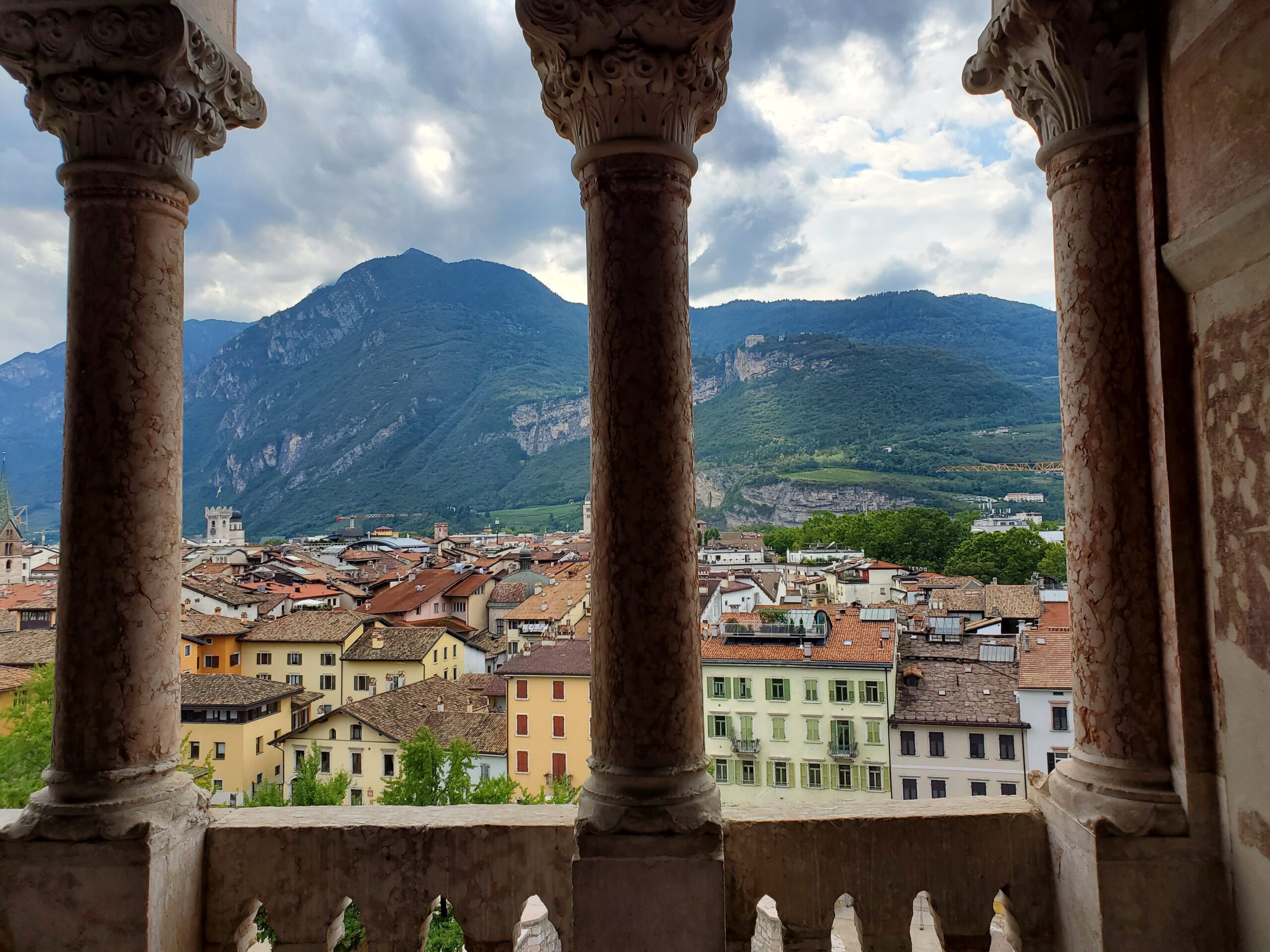 TRENTO, Italy—Just two years after the Catholic Church completed its repudiation of Protestant doctrine at the Council of Trent (1545-1563), an Italian convert to Protestantism jumped into the fray. A layman trained as a lawyer, Jacopo Acontius delivered a brief that exposed the dark psychology of persecution in ways no one had ever attempted. His singular work, Darkness Discovered: Or the Devil’s Secret Stratagems Laid Open (1565), offered a defense of religious freedom that helped to revolutionize the relationship between church and state in the West.

“The best way to find out the devil’s Stratagems,” Acontius wrote, “is to take into serious consideration what the end is at which all his consultations aim, which is not Very hard to tell.” Satan’s great purpose, he said, is to lead men and women away from life with God—to lead them into conflict, misery, and death. This, he explained, was the consequence of the disputes over religion that threatened to overwhelm Europe. “Thus is the people divided into Sects which hate one another with deadly feud, abstaining from no kind of injuries, and … do not observe how in so doing they obey their own passions, but think they very much please God.”

The bitter sectarianism that enveloped sixteenth-century Europe offers a warning about the tribalism that now darkens American public life. Just as our modern culture wars have taken on a militant quality, so, too, did the disagreements over fundamental religious questions degenerate into violence. Europeans no longer seemed able to live together, as every dispute became a political question, framed in apocalyptic terms.

Such was the world as Acontius encountered it early in his career. Born into a Catholic family in about 1500 in or near Trento, he received a classical education, evidently immersed in the works of Aristotle, Plato, and Archimedes. We don’t know what circumstances led to his conversion, but as the Protestant Reformation spread through the continent, Acontius joined other Italian Protestants who fled to Switzerland. He met Italian Academicians educated in the humanism of the Renaissance.

Acontius also encountered the repressive policies of the contending religious communities. In Geneva, John Calvin set off a debate among Protestants when, in 1553, he authorized the execution of Servetus on charges of heresy. In the Netherlands, Catholic Spain struggled to contain the growing Calvinist minority. In France, the religious wars between Calvinists and Catholics (1562-1593) were already devastating much of the country.

What distinguished Acontius from other defenders of religious toleration—and there were not many in his day—was his desire to expose the scandal of persecution by getting to the root of the problem: the moral disposition of man. “Acontius sought to analyze and explain the psychology which underlies all religious persecution,” writes W.K. Jordan in The Development of Religious Toleration in England, “and his contribution in this regard has probably never been equaled.”

Arguing from Scripture, Acontius agreed that mankind was a being created good and in every way perfect, “yet breaking the command of God, he became of another Nature quite contrary, exceedingly corrupt and liable to all manner of vice.” Humanity’s vices—which Satan sought to exploit—included inordinate self-love, moral blindness, and self-righteousness.

The desire to persecute others, Acontius believed, was primarily the result of intellectual arrogance: a supreme confidence in the truth and rightness of one’s views. It was a weakness that afflicted ministers as readily as monarchs.

The character of European society, in which religious leaders held unquestioned authority, created a repressive dynamic. As Acontius summarized it, “every man’s life and reputation lies open to the lash of those they call Preachers.” And the preachers, he wrote, were especially prone to pride. If an individual disagreed with them—and thus challenged their knowledge or competence—he would “come under their censure” and “shall quite lose his credit.”

The problem was exacerbated by the church-state relationship. Once the pattern was set that religious controversies would be decided by the magistrate, he would not resist the temptation to abuse his power. Like the preacher, he would regard anyone who contradicted him as a heretic. Thus, Satan’s strategy, Acontius wrote, was to manipulate the political authority to implement the whims of an arrogant and embittered clergy. “But who is there bearing the sword, that will not be accounted godly, and that will not account for an Heretic whosoever thwarts him in matters of Religion?” The final arbiter of truth would be the hangman.

Persecution, instead of dampening disagreements over religion, made the problem worse. Dissenters hardened their position, convinced that their opponents were acting out of malice. “For they do not destroy errors, but make them invincible; they do not pluck them up, but they propagate them; they do not destroy them, but the multiply them in great abundance.” The result: the growth not only of sects and heresies but also of hatred and disorder. “And thus by a kind of Contagion the evil is spread far and near.”

This cycle of repression and social unrest, Acontius emphasized repeatedly, was rooted in “the disposition of man, naturally prone to pride and over great haughtiness of mind.” Its ultimate cause could be found in the Creation story: the temptation from the serpent in paradise that man could become like God. “So hath there ever since stuck such a persuasion in Mankind, that every man takes himself to be a kind of Deity.” In Darkness Discovered, Satan could be viewed not only as an actual malevolent being, but also as a symbol of human arrogance.

The answer to the problem of persecution was multi-faceted. First, Acontius placed an enormous emphasis on the need for rational argument, civil debate, and free inquiry. The persecution of alleged heretics simply encouraged the base motives of political and religious leaders. “His solution,” writes W.K. Jordan, “was rather to use moral and rational persuasion and to leave the heretic to the working out of his own salvation.”

Second, Acontius offered an approach to religious belief that would move it out of the realm of politics, beyond the reach of the state. “If there be controversies in Religion, let them contend on both sides with Scriptures and Arguments, but let the Magistrates look to it again and again, that they may under a penalty abstain from whatsoever may tend to provoke one another.” It was not the job of the political authority to enforce doctrinal orthodoxy.

The deepest remedy to the “contagion” of persecution, though, was a return to basic biblical concepts about God and his great patience toward sinners. The person who seemed to be in grave spiritual error, who had wandered from the fold of God, may not always remain so. Isn’t it possible, Acontius asked, that he “shall at length be found by that best of shepherds, healed and brought back to the flock?” The possibility demanded charity.

For Acontius, the supreme example of mercy was Jesus. The accuser’s eye should be fixed on him and not on the man he considered a heretic. “Thou oughtest not therefore to look upon his person, but upon the person of Christ whom he represents, and to remember how great his love hath been to thee,” he wrote. “In so much as he refused not, being himself just and innocent, to die for thee an unjust person, and the greatest of sinners, especially by so cruel and bloody a death.” In other words, the prime obligation of Christians caught up in theological disputes was to ponder the great love and mercy of Christ for them, expressed in his sacrificial death on the cross.

Here was a plea for Christian charity that would not be forgotten. When the English philosopher John Locke was in political exile in the 1680s in the Netherlands, shortly before he wrote his signature defense of religious freedom, he read Darkness Discovered, which was circulating among the dissenting Protestant community that had befriended him.

Locke purchased other tolerationist works while he was in Holland, but he seems to have been especially moved by the arguments he encountered from Acontius. Locke began A Letter Concerning Toleration (1689), for example, by insisting that a demonstration of humility over religious differences was the identifying mark of the followers of Jesus. “If, like the Captain of our salvation, they sincerely desired the good of souls, they would tread in the steps and follow the perfect example of the Prince of Peace”—an example of patience and love in the face of intense hostility.

Like Acontius, Locke elevated the faculty of reason and the “inner persuasion of the mind” in matters of faith. “It is only light and evidence that can work a change in men’s opinions; and that light can in no manner proceed from corporal sufferings, or any other outward penalties.” Coercion produced hypocrites, he wrote, not true believers.

Locke also picked up on the idea of keeping the magistrate out of religious disputes—and took it to its logical conclusion. The power of the state, he wrote, “is confined to the care of the things of this world, and hath nothing to do with the world to come,” whereas “the church itself is a thing absolutely separate and distinct from the commonwealth.” The boundaries between these two institutions, Locke declared, “are fixed and immovable.”

Thus, the roots of liberal democracy—a political society based upon religious freedom and characterized by religious pluralism—were planted deeply into the soil of European thought.

Other thinkers, authors, and rebels would nurture this concept of freedom over the course of two centuries. Yet they were always in the minority. Jacopo Acontius stands out among them. His bold and generous vision was noted by John Dury in his prefatory note to the 1648 English translation of Darkness Discovered:

To be carried along with the stream, or to be silent when matters are not carried according to our mind, is no hard matter to any that hath any measure of discretion; but to row against the stream, to labor against the wind and tide, and the whole current of an age…is not the work of an ordinary Courage.

A man struggling against the strongest tides of convention in his day—against the authorities of church and state, and the threat of censure, disgrace, and persecution—with little to gain and, in worldly terms, everything to lose. Yes, no ordinary work of courage.

Previous: National Review: One Hundred Years A...
Next: Law & Liberty: A Forgotten Cham...