Joseph Loconte » Commentary, Featured » The Hill: When human rights are abused from all sides

The Hill: When human rights are abused from all sides 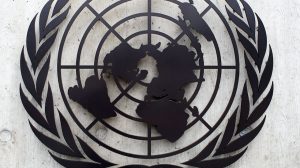 In 1948, on the eve of the establishment of the Universal Declaration of Human Rights, Eleanor Roosevelt, campaigning for its adoption, warned her audience not to be deceived about the gravest threats to democracy and human rights in the post-war world. “We must not be deluded by the efforts of the forces of reaction to prostitute the great words of our free tradition,” she said, speaking at the Sorbonne, “and thereby to confuse the struggle.”

Roosevelt had in mind the Orwellian mischief of the Soviet Union, but attempts to compromise the concepts of freedom and human rights are alive and well today. Consider the Trump administration’s controversial immigration policy at the Mexican border: its flaws are manifest, but comparisons to the Nazi treatment of European Jews or the internment of Japanese-Americans during World War II debase our moral vocabulary. Likewise, the White House decision to quit the politicized UN Human Rights Council — an organization essentially hijacked by autocratic regimes — is being denounced as a campaign “to undermine the human rights of all people everywhere, and their struggles for justice.”

Both the president and his critics could benefit from recalling Roosevelt’s leadership during a time of intensive disagreement over the meaning of human rights. Aware of her own country’s failure to uphold basic civil liberties for all its citizens, she nevertheless drew sharp distinctions between immovable totalitarian regimes and flawed democracies on the pathway to reform.

By 1948, the wartime alliance between the United States and the Soviet Union to defeat Nazi German had shattered. Moscow had broken its promises to hold free elections in Eastern Europe, staged a blockade of West Berlin, and accused the United States of acting like a “fascizing” power by offering Marshal Plan assistance to Europe. Thus, the Cold War was in full swing when Eleanor Roosevelt, armed with the prestige of her husband’s legacy, assumed the chair of the newly established UN Human Rights Commission.

Roosevelt’s great task, in the aftermath of the atrocities committed during the Second World War, was to compose an international bill of rights that could win universal approval. She initially tried to charm the Russian delegates on the Commission with afternoon teas and dinner parties. But she quickly found herself embroiled in confrontations with the Russians over the rights of the individual vs. the interests of the State.

“We know the patterns of totalitarianism — the single political party, the control of schools, press, radio, the arts, the sciences, and the church to support autocratic authority,” she said. “These are the age-old patterns against which men have struggled for three thousand years. These are signs of reaction, retreat, and retrogression.” It was a brave and withering indictment: The communist government led by Joseph Stalin — whom her husband affectionately had called “Uncle Joe” — was just another installment in the historical catalogue of political despotisms.

Facing Soviet complaints of racism in American society, Roosevelt confessed that the United States struggled with “problems of discrimination,” but emphasized the potential for democratic reform. She pointed to the institutions of a free press, fair trials, freedom from arbitrary arrest, and freedom of religion and the rights of conscience as essential to a just society — rights that were categorically denied behind the Iron Curtain.

With the help of fellow commissioners such as Charles Malik, the Lebanese ambassador and an Arab Christian, Roosevelt secured overwhelming support for the Universal Declaration of Human Rights. It was adopted on December 10, 1948, during a UN General Assembly meeting in Paris, in a vote of 48-0, with eight abstentions. No less an achievement was Roosevelt’s repeated insistence that “the peace and security of mankind are dependent on mutual respect for the rights and freedoms of all.” By linking the promotion of democracy and human rights to international peace and security she helped to lay a new foundation for the conduct of American foreign policy in the second half of the twentieth century.

It is a lesson that needs serious attention in the age of Trump. Actions taken in the name of “national security” are no substitute for policies that are both prudent and humane. Stifling fundamental human rights — at home or abroad — can only weaken U.S. national security interests. Pretending that dictators and strongmen such as Kim Jong Un or Vladimir Putin are acting in the best interests of their people communicates American indifference to violations of human dignity.

At the same time, UN organizations such as the Human Rights Council must not be manipulated to shield thuggish regimes from censure. Thirteen years ago, I served on a Congressional Task Force on the United Nations that recommended the original Human Rights Commission be abolished and replaced by a Human Rights Council, “ideally consisting of democracies committed to upholding and promoting the highest standards in human rights.” No honest observer could claim that the existing human rights body is achieving that goal—or is anything close to what Eleanor Roosevelt had in mind.

“The propaganda we have witnessed in the recent past, like that we perceive in these days,” she said, “seeks to impugn, to undermine, and to destroy the liberty and independence of peoples.” Propaganda about human rights abounds. Only statesmen with moral clarity can cut through the fog.

Previous: The Hill: On D-Day’s anniversa...
Next: Weekly Standard: Religion and the Re...