Wall Street Journal: The Versailles Treaty Gets a Bum Rap 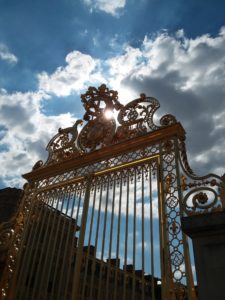 The agreement that officially ended World War I has borne an impossibly heavy burden: The harsh terms of the Treaty of Versailles, signed on June 28, 1919, embittered Germany and set the stage for the rise of Nazism and World War II. This is mostly a myth. It was the Great War itself, not the treaty that concluded it, that set loose the forces and ideologies that would convulse Europe and initiate another global conflict.

The year 1919 was, in fact, a catalytic moment in the history of the West. In January, the German Workers’ Party, the fiercely nationalistic and anti-Semitic precursor to the Nazis, was launched in Munich—nearly six months before the terms of the Versailles treaty were known. In March, Benito Mussolini, a war veteran, founded what became the Fascist Party in Milan. “The Fascist conception of the State is all embracing; outside of it no human or spiritual values can exist, much less have value,” he declared. Mussolini became prime minister in 1922. The first European state to dispense with constitutional government and embrace fascism was Italy—one of World War I’s victors.

Also in March 1919, 51 representatives from two dozen countries met in Moscow at the Founding Congress of the Communist International. Long before Versailles, the other great totalitarian ideology of the 20th century, Marxism-Leninism, was on the march.

Civilization itself had been ravaged by the Great War. Empires collapsed; national economies were ruined. More than 40 million people were killed, injured or permanently disfigured—and for what? The shellshocked veteran became a walking metaphor for the mental outlook of many Europeans.

Yet historians often neglect the spiritual calamity brought about by the conflict—the emotional and moral vertigo that afflicted both elite and middle-class Europeans in the first decade after the war. Erich Remarque’s blockbuster novel, All Quiet on the Western Front (1928), described ex-soldiers returning to civilian life as “weary, broken, burnt out, rootless, and without hope.” In The Ordeal of This Generation (1929), Gilbert Murray, a leading classicist scholar, warned of “a large and outspoken rejection of all religion and particularly of all morality.” Before he became a Christian, C.S. Lewis—who was nearly killed in the trenches in France—confessed his newfound atheism to a friend: “I am not going to go back to the bondage of believing in any old (and already decaying) superstition.”

Skepticism was all the rage. American journalist Walter Lippmann lamented the decline of traditional religious beliefs and the moral order they provided. “The acids of modernity have dissolved that order for many of us,” he wrote in A Preface to Morals (1928), “and there are some in consequence who think that the needs which religion fulfilled have also been dissolved.”

The watchword of the decade was disillusionment. Nearly everything associated with the ideals and institutions of liberal democracy, including traditional religion, was taken to the woodshed. It was, after all, the “enlightened” nations of Europe that had engaged in what amounted to a remorseless suicide pact. “When it was all over, Torture and Cannibalism were the only two expedients that the civilized, scientific, Christian States had been able to deny themselves,” observed Winston Churchill, “and these were of doubtful utility.”

It is true that Hitler and the Nazis exploited resentment at the reparations demanded of Germany for its role in the conflict. The “war-guilt clause” of the Versailles treaty—making Germany and its allies responsible for causing “all the loss and damage” of the conflict—was widely denounced as “the war-guilt lie.”

The real deception, however, was the fantastical narrative of victory concocted by Germany’s military leaders. Even after the terrible losses during their failed spring offensive in 1918, even after American troops began pouring into France at the rate of 200,000 a month, the German people believed that their army was invincible—and undefeated in the field. So why did they capitulate at Versailles? The German nation, its leaders claimed, had been “stabbed in the back” by socialists, Jews and other enemies of the Reich. No treaty could have undone the psychological damage the German leadership inflicted upon its own citizens.

The catastrophe of the Great War left a hungry void. Communist predictions of the self-immolation of capitalist societies seemed to be stunningly validated. Fascist warnings about a “sickness” in the racial stock of European society found support in educated circles, where the new “scientific” theory of eugenics was already established. No treaty, no matter how just or generous, could puncture the utopian delusions that were displacing the political and religious beliefs of entire populations.

Traditional religion, in its most prophetic and morally serious expression, might have held back the forces of bigotry and terror. But the teachings of the Bible were being discarded throughout Western society. “The modern man has ceased to believe in it but he has not ceased to be credulous, and the need to believe haunts him,” wrote Lippmann. “It is no wonder that his impulse is to turn back from his freedom, and to find someone who says he knows the truth and can tell him what to do, to find the shrine of some new god, of any cult however newfangled, where he can kneel and be comforted.”

Secular idols—new and fearsome political religions—had appeared in Europe, and no treaty could have kept them from capturing the hearts of millions of worshipers. In 1919, a new age of faith had begun.