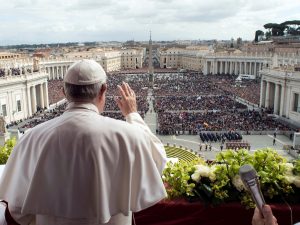 “I think this is a bombshell of historic proportions…This Pope comes along and says ‘no, they’ve all gotten it wrong and I’ve got it right.’” @secupp has @JosephLoconte explain why Pope Francis’ reversal on capital punishment is so significant. https://t.co/Rcx6xw8F6J