National Review: Tolkien Film Fails to Capture the Majesty of His Achievement 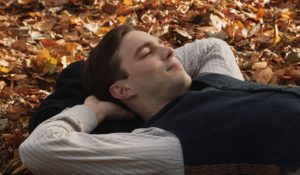 Perhaps Finnish film director Dome Karukoski took on an impossible task with his biopic Tolkien. When J. R. R. Tolkien began writing The Lord of the Rings, he hoped to give England something he thought it lacked: an epic and transcendent tale of its mythic origins. “I was from early days grieved by the poverty of my own beloved country,” Tolkien explained. “It had no stories of its own (bound up with its tongue and soil), not of the quality that I sought.” The astonishing appeal of the work — it has sold more than 150 million copies and been translated into dozens of languages — suggests that Tolkien has come closer to achieving that goal than any other author.

And therein lies the challenge: to produce a film about imagination. In Tolkien’s case, this requires much more than biographical knowledge. Screenwriters David Gleeson and Stephen Beresford recreate some beautiful and authentic moments, especially in exploring Tolkien’s passion for languages. The relationship between Tolkien and Edith, the love of his life, is told with tenderness and reserve. Tolkien’s combat experience in the First World War — the plot is revealed through a series of flashbacks from the trenches in France — is a key ingredient in the story. Ultimately, however, the film fails to tap the deepest sources — both human and divine —  of Tolkien’s restless, creative genius.

It is refreshing to see a film that takes up the theme of friendship, especially robust male friendship, which was so vital to Tolkien’s life and career. Tolkien (capably played by Nicholas Hoult) establishes a rich circle of friendships at the King Edward’s School in Birmingham. Together with Geoffrey Bache Smith, Christopher Wiseman, and Robert Gilson, the boys fashion a literary-artistic club with no mean purpose: to change the world.

Yet the film devotes more time to idle bantering and boozing than it does to the group’s literary and moral purposes. It also overlooks a crucial exchange: a meeting in December 1914, dubbed “the Council of London,” which was transformative for Tolkien. “In fact it was a council of life,” writes John Garth, author of the magisterial Tolkien and the Great War. The prospect of the trenches had a sobering effect. Late into the night they talked and debated — about love, literature, patriotism, and religion. It was at this moment, and among this fellowship, that Tolkien began to sense his literary calling. “For Tolkien, the weekend was a revelation,” Garth concludes, “and he came to regard it as a turning point in his creative life.”

If the film’s writers wanted to depict such a revelatory scene — which they don’t — it would have required familiarity with an ancient source of wisdom. We no longer appreciate how the educated classes of Tolkien’s generation were schooled in the classical and medieval literary traditions. From works such as Virgil’s Aeneid, Tolkien not only read the mythic and violent story of Rome’s beginnings, but also absorbed the concept of the noble and sacrificial quest. Indeed, probably the most influential work in Tolkien’s professional life was Beowulf, which he read as a young man and considered one of the greatest poems of English literature. Declares its epic hero: “Fate oft saveth a man not doomed to die, when his valour fails not.” Tolkien taught, translated, and studied the poem throughout his career.

These older works — once taught as part of the canon of Western civilization — embody something that is almost anathema to our twitter-saturated minds: depth of imagination. “In all these works there was a sense that the author knew more than he was telling,” writes Tom Shippey in The Road to Middle-Earth, “that behind his immediate story there was a coherent, consistent, deeply fascinating world about which he had no time (then) to speak.” This, of course, is part of Tolkien’s remarkable legacy. By drawing maps, inventing new languages, and creating histories and genealogies for the inhabitants of his world, Tolkien convinces us that Middle-earth was a real place where real things of great consequence occurred.

The literature important to the man who created perhaps the most beloved character of modern fiction  — the hobbit — offers a view of the heroic pointedly at odds with the Hollywood conception. Tolkien was attracted, aesthetically and spiritually, to works that exalted courage in the context of a tragic world — a world in which defeat is likely and there are no permanent victories. “The worth of defeated valor in this world is deeply felt,” Tolkien declared in his 1936 lecture “Beowulf: The Monsters and the Critics.” The author of Beowulf, he explained, “showed forth the permanent value of that pietas which treasures the memory of man’s struggles in the dark past, man fallen and not yet saved, disgraced but not dethroned.”

These are deep waters. Like no one else, Tolkien retrieved the truths and virtues of the ancient myths and reintroduced them to the modern mind. And, remarkably, he accomplished this in a post-war European society — a “waste land,” in T. S. Eliot’s words — that had soured on the ideas of bravery, valor, virtue, and patriotism. “To say that in it heroic romance, gorgeous, eloquent, and unashamed, has suddenly returned at a period almost pathological in its anti-romanticism is inadequate,” wrote his Oxford friend C. S. Lewis in an early review. “Nothing quite like it was ever done before.”

Perhaps this is the most regrettable failing of Tolkien: For all of its impressive production values — and for all the respect its director brings to his subject — the film does not grasp the nature of Tolkien’s achievement, much less its potential sources. Instead, we are presented with World War I battle scenes where a shell-shocked Tolkien has visions, or hallucinations, of the fire-breathing dragons and Black Riders that will terrify us in The Lord of the Rings. Of course, no soldier who fought at the Battle of the Somme, where Tolkien tasted “the animal horror” of combat, passed through its hellish flames unscathed. But, as John Garth insightfully explains, Tolkien thought carefully about how the experiences of war can illuminate other, nobler aspects of the human condition. His epic work, Garth writes, “puts glory, honor, majesty, as well as courage, under such stress that they often fracture, but are not utterly destroyed.”

It is this aspect of Tolkien’s fiction that seems to demand something more than a purely materialist or humanist outlook: We cannot fully account for his staggering creativity absent his Christian beliefs. A convert to Catholicism in his youth, Tolkien was unambiguous about the importance of his faith to his life and work. He viewed myths, for example, not merely as human inventions but as a literary means by which God communicates a portion of his truth to the world: a “splintered fragment of the true light.” Tolkien likened the work of the myth-maker to that of a “sub-creator” who helps to fulfill God’s purposes as the Creator.

The author of The Lord of the Rings is still accused of “escapism,” of being so burdened by the loss and sorrows of war that he sought refuge in his imaginary Shire. It is a charge that Tolkien cannot refute, because the film lacks the author’s spiritual commitments. Tolkien’s entire conceptual approach, anchored in a belief in the fall of man and in the hope of redemption, helps to account both for the extraordinary realism and imaginative power of his fiction.

Here is what animates Tolkien’s fierce literary ambition, the central mystery that the film cannot penetrate: It is a belief in what he called the eucatastrophe — a sudden act of grace — whose expression he regarded as the highest function of the fairy tale. “It does not deny the existence of dyscatastrophe, of sorrow and failure: the possibility of these is necessary to the joy of deliverance,” he writes in On Fairy Stories. “It denies (in the face of much evidence, if you will) universal final defeat and in so far is evangelium, giving a fleeting glimpse of Joy, Joy beyond the walls of the world, poignant as grief.”

Grief and Joy, as sharp as swords, reconciled by grace: that would be a story worth telling.