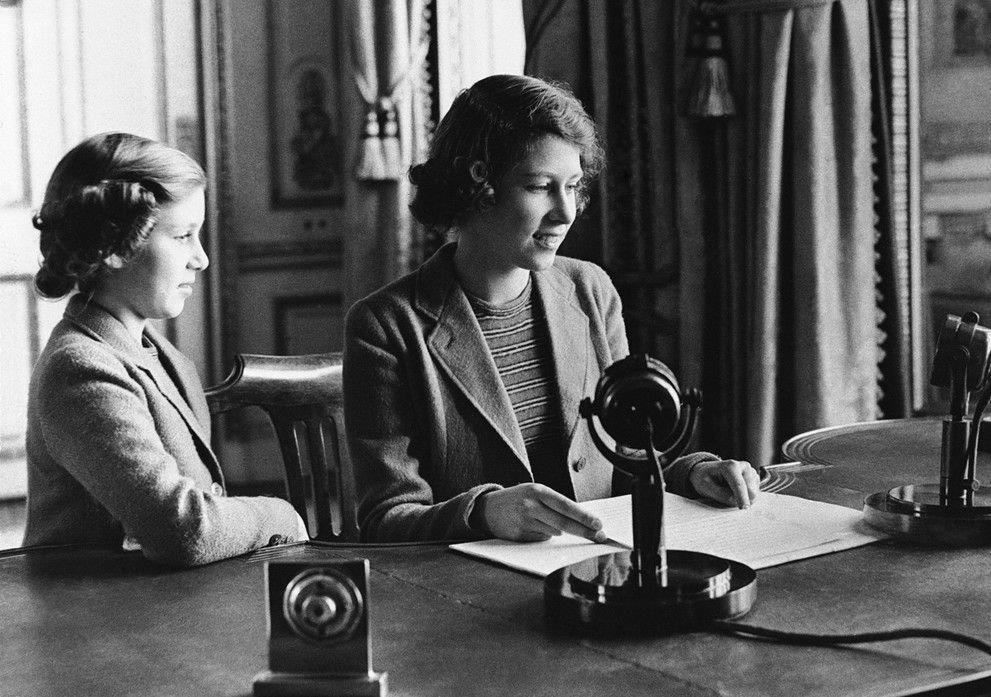 On this side of the Pond, her sober and steady voice was drowned out by a cataract of fear and recrimination that has sullied America’s national life during the coronavirus pandemic.

Speaking on Sunday evening from Windsor Castle, Queen Elizabeth II delivered a message of hope and solidarity to the United Kingdom, even as the nation’s prime minister, Boris Johnson, lay stricken with the virus. “Today we are tackling this disease, and I want to reassure you that if we remain united and resolute, then we will overcome it.” A bare 522 words, the queen’s speech was imbued with quiet dignity, with insight that comes from a life dedicated to a nation’s highest ideals through its darkest hours.

The queen recalled those hours: the beginning of the Nazi blitz in 1940, when the 14-year-old future monarch made her first broadcast to an anxious nation. In a moment of existential crisis, she offered words of comfort for the thousands of British children sent overseas — to Canada, Australia, New Zealand, and the United States — to escape the deadly bombing raids on London and other cities in England. “Before I finish, I can truthfully say to you all that we children at home are full of cheerfulness and courage. We are trying to do all we can to help our gallant sailors, soldiers and airmen, and we are trying, too, to bear our own share of the danger and sadness of war.”

This threat is different, she explained, and in doing so revealed how a national leader can use an intimate knowledge of the past to offer perspective and wisdom for the present.

The virulent pandemic of Nazism divided the world into warring camps. And it was made more lethal and more sinister, in the words of Winston Churchill, “by the lights of perverted science.” Not so today: Hardly any region of the world has escaped the contagion, and most of the world is united in defeating it. “This time we join all nations across the globe in common endeavor. Using the great advances of science and our instinctive compassion to heal, we will succeed, and that success will belong to every one of us.”

Most Americans, understandably, don’t appreciate the decisive role of the monarch in England’s history of constitutional government: Without a monarchy, there would have been no Magna Carta, no Glorious Revolution, no English Bill of Rights, no Act of Toleration, no triumph over the international scourge of Napoleonic France. When the queen spoke of the qualities of the British people — “the attributes of self-discipline, of quiet, good-humored resolve and of fellow feeling” — she did so as a participant in an institution that has helped to shape the national character over centuries.

Many of America’s leaders, by contrast, have forgotten the purpose of the institutions they inhabit: to serve the common good, especially in times of crisis. Yuval Levin, editor of National Affairs, wisely explains the massive breakdown of trust in America’s political, economic, and media institutions. Rather than allowing themselves to be shaped by the moral aims of our institutions, he explains, today’s leaders use them “as a stage to elevate themselves, raise their profiles and perform for the cameras in the reality show of our unceasing culture war.”

For sixty-eight years, from the day she was crowned in 1953, Queen Elizabeth II has resisted that temptation. She has conformed her own desires to the highest purposes of the institution she serves. As a result, she can be trusted. She can remind Britons, as she did on Sunday, that their finest moments as a nation, their unique identity as a people, “is not a part of our past. It defines our present and our future.” We call this an act of statesmanship, made possible by trust.

The collapse of trust in the United States coincides with our near contempt for meaningful, let alone inspiring, political speech. When the queen speaks, the nation listens, because behind her words is a life of substance, duty, faith, and moral purpose: a life that has seen up close how a nation can struggle and fight against a great evil — and not lose heart. When our politicians speak, their vaporous words dissolve like ants in a blazing furnace. Instead of statesmen, we have groomed a generation of vipers. The democratic spirit, unconstrained by virtue, creates a tyranny of egos, a monarchy of megalomania.

The queen ended her speech with a message of hope, rooted in history and memory and tradition. Pity the heart that could not be moved and lifted by it. “We should take comfort that while we may have more still to endure, better days will return,” she said. “We will be with our friends again. We will be with our families again. We will meet again.”

Previous: National Interest: America Has a His...
Next: The Hill: Pandemics and the survival...