This article was originally posted at National Geographic. 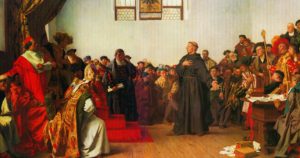 There is no simple explanation for why, 500 years ago, an obscure German monk decided to risk all and challenge the authoritative teaching of the Catholic Church. But by hammering 95 indictments to the door of All Saints’ Church at Wittenberg on October 31, 1517, Martin Luther launched a reformation with a singular effect. Deliberately or not, he overturned many of the bedrock assumptions of Western culture, instigating a revolution in human freedom that continues to shape the modern world.

At its heart, Luther’s protest against the church was theological, an attempt to recover the historic meaning of the Christian gospel from what he saw as a legalistic corruption. The pathway to peace with God, Luther insisted, was not through good works, religious rituals, or scholastic reasoning, but rather through heartfelt faith in Jesus Christ and his atoning death on a cross.

Nevertheless, in defending a gospel of salvation “by faith alone,” Luther introduced a new source of authority into the bloodstream of the West. For nearly a thousand years, every European man and woman owed allegiance to two kinds of authority: political (kings, nobles, magistrates) and religious (popes, councils, bishops, or their representatives). When it came to deciding matters of faith, however, Luther found both to be deeply flawed and untrustworthy.

This was the crux of Luther’s defense of his writings at the Diet of Worms in 1521. “My conscience is captive to the Word of God,” he told his accusers. “I cannot and will not recant anything, for to go against conscience is neither right nor safe. Here I stand.” The individual believer and his conscience, standing before God and his Word—here was a confession that redefined the meaning of faith and the dignity of the human person.

In the process, Luther laid bare the scandal of Christendom: a political society that preserved spiritual unity through coercion and violence. Dissent from orthodoxy was outlawed, heresy was rooted out and punished by fire and sword. The papal bull of 1520 excommunicating Luther from the Catholic Church, for example, accused him of promoting 41 heresies and “pestiferous errors.” One of the alleged errors was his view that “the burning of heretics is against the will of the Holy Spirit.”

Luther did not address the issue of freedom of conscience in his Ninety-Five Theses, nor did he ever devise a political theory supporting religious pluralism. But his letters and major works leave no doubt that the father of the Protestant Reformation hoped to reconstruct the entire medieval approach to religious belief. Luther offers his fullest treatment of these issues in Secular Authority: To What Extent It Should Be Obeyed (1523), where he sharply distinguished the aims of church and state, limiting the reach of government to preserving life and property.

“For over the soul God can and will let no one rule but Himself,” Luther wrote. “Therefore, where temporal power presumes to prescribe laws for the soul it encroaches upon God’s government and only misleads and destroys the souls.”

Rejecting the notion of a Christian commonwealth, Luther argued that the state possessed neither the competence nor a mandate from heaven to intrude into spiritual matters. “The soul is not under Caesar’s power,” he wrote. “He can neither teach nor guide it, neither kill it nor make it alive.” Other reformers sought a radical separation of church and state, a concept that Luther ultimately rejected. Others went further in defending the rights of all religious believers, even heretics and non-believers, in civic and political life.

Nevertheless, virtually every important defense of religious freedom in the 17th century—the liberal politics of William Penn, Roger Williams, Pierre Bayle, and John Locke—took Luther’s insights for granted. “The one only narrow way which leads to heaven is not better known to the magistrate than to private persons,” wrote Locke in A Letter Concerning Toleration (1689), “and therefore I cannot safely take him for my guide, who may probably be as ignorant of the way as myself, and who certainly is less concerned for my salvation than I myself am.” 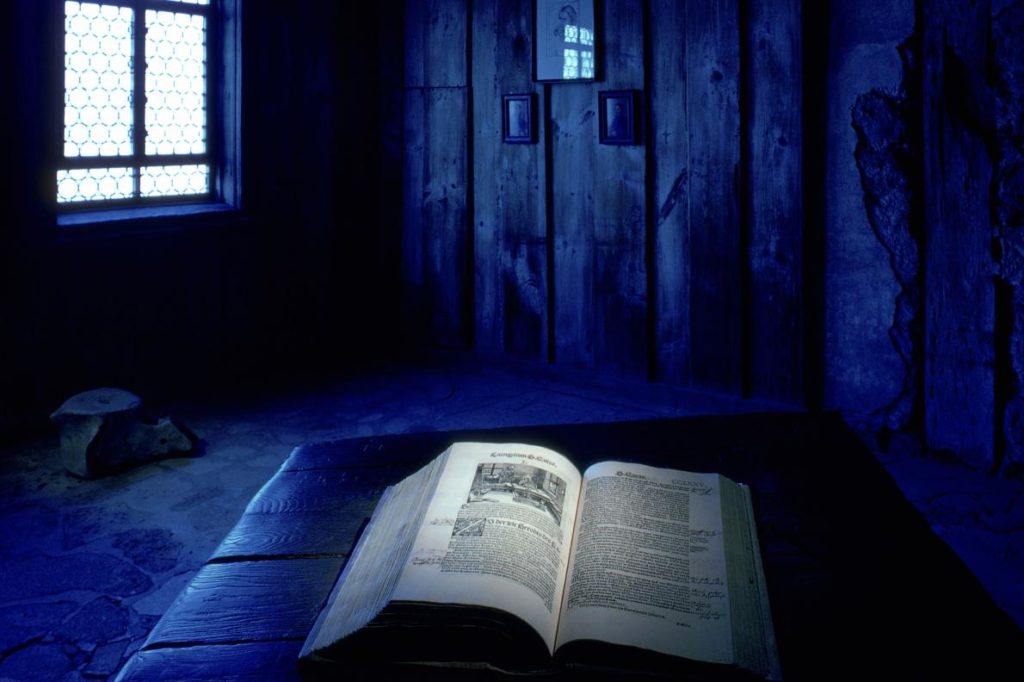 In the 18th century, the United States became the first nation to enshrine in its constitution the Protestant conception of the rights of conscience. James Madison, the mind behind the First Amendment, was inspired by Luther’s achievement. In a letter to F.L. Schaeffer, dated 1821, Madison explained that the American model of religious liberty “illustrates the excellence of a system which, by a due distinction, to which the genius and courage of Luther led the way, between what is due to Caesar and what is due God, best promotes the discharge of both obligations.”

When the modern human rights movement took shape after the Second World War, a committee of public intellectuals acknowledged Luther as they searched for a philosophical basis for an international bill of rights. Their 1947 UNESCO document cited the Reformation, because of its “appeal to the absolute authority of the individual conscience,” as one of the historical events most responsible for the development of human rights.

Similarly, the language of Article 18 in the Universal Declaration of Human Rights—“everyone has the right to freedom of thought, conscience, and religion”—pays homage to Luther’s vision. Its prime author, Lebanese Ambassador Charles Malik, a delegate to the original UN Commission on Human Rights, was also a student of the Reformation. “People’s minds and consciences are the most sacred and inviolable things about them,” Malik wrote, “not their belonging to this or that class, this or that nation, or this or that religion.”

Today the Catholic Church, once a fierce opponent of religious liberty, is one of its most vigorous defenders on the world stage. “Man demands civil liberties that he may lead in society a life worthy of a man,” wrote John Courtney Murray, an architect of Vatican II’s support for the rights of conscience. “And this demand for freedom from coercion is made with special force in what concerns religion.” Here, it seems, is a quiet tribute to Luther’s revolution: “I will preach it, teach it, write it, but I will constrain no man by force, for faith must come freely without compulsion.”

The social realities of Christendom—the deep entanglement of church and state—prevented Luther from working out the implications of his political theology. Once Protestantism became an established faith, he approved the use of force against heretics; his rough treatment of Jews followed the woeful pattern of European Christianity.

Nevertheless, the moral courage and intellectual coherence of Luther’s dissent should not be undervalued. If Luther was a flawed prophet of human freedom, his voice was nonetheless vital in the long march toward a more just and pluralistic society. In Luther, we find an advocate for human dignity who defied the forces of religious oppression and reimagined the political ideals of medieval Europe.

In his defiance, Luther delivered a challenge to the conscience of the West like no other since the Sermon on the Mount—as essential today as it was half a millennium ago.