This article was originally posted at The Congressional Quarterly. 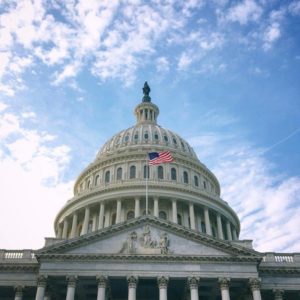 Will its support of President Trump hurt the Christian Right?

If the conservative Christians who endorsed Donald Trump for president are having qualms, there isn’t much evidence. Trump delivered his first commencement speech as president at evangelical Liberty University in Lynchburg, Va.

Liberty President Jerry Falwell Jr. delighted the audience with this hymn of praise: “I do not believe any president in our lifetimes has done so much that has benefited the Christian community in such a short time span as Donald Trump.”

Whatever the imagined benefits, the costs of enthusiasm for this presidency are likely to be severe.

First, the notion that character is irrelevant to political leadership is becoming normalized. For all the effort the Founders invested in designing a constitution, they never imagined that republican government could be preserved without virtue. George Washington, in his Farewell Address, deemed religion and morality “indispensable supports” to political prosperity, calling them the “firmest props of the duties of Men and citizens” and essential to patriots.

By embracing Trump, conservative Christians have validated a secular mythology about America’s experiment in self-government: no need for faith or morals. They have forgotten that history is littered with the tragic mistakes of leaders blinded by ambition, hubris, lust, racism and greed.

Second, we are likely to see a continued deterioration of trust in our political institutions. Conservatives complain that the political Left, by using executive orders and federal courts to impose a social agenda, has subverted the democratic process.

They have a point. But Trump is unlikely to reverse this trend. His personal attacks on public servants and government agencies — he has compared CIA officers to Nazis — make the problem worse. We can expect more cries to simply “blow up the system.”

Finally, there is the cancer of identity politics — an obsession with “rights” based on group identity, regardless of any obligations to the common good. This brand of tribalism, pioneered by liberals, now threatens to infect conservative Christianity. Hence the message of Trump supporters: The president can play the bully, as long as he is our bully. By endorsing a politics of grievance, Christians will further weaken and marginalize their influence in public life.

Is this the new face of Christians in politics? Maybe we need a little more of that old-time religion: the gospel of grace that rescues the poor in spirit and breaks the backs of the proud.

In 2016, the Christian Right seemed headed for a walk in the political wilderness. The Supreme Court had ruled against a promising means of restricting abortion access, and Hillary Clinton’s anticipated election would allow Democrats to fill a vacant Supreme Court seat. The fight against gay marriage appeared lost, and the emerging battle against the transgender community had met potent resistance.

The November election changed everything. And while some argue that support of President Trump could harm conservative Christians, it already has produced benefits, redirecting the movement from the margins to the center of power. The appointments of Justice Neil Gorsuch to the Supreme Court, Betsy DeVos as Education secretary, and Jerry Falwell Jr., president of Liberty University, to head a higher education task force show what the Christian Right can gain.

Gorsuch is hailed as a natural successor to the late Antonin Scalia. He favors states’ rights and is deeply skeptical of the regulatory state. But whereas Scalia demonstrated hesitance to elevate religious liberty concerns over health, safety and welfare regulations, Gorsuch has favored a muscular interpretation of religious liberty, deriving from a commitment to natural law — the belief that specific, God-given rights form the basis of law.

This commitment forms the heart of the Christian Right’s legal movement and has implications for reproductive rights, physician-assisted suicide and, perhaps, the death penalty.

DeVos’ interest in school vouchers that could be used at religious schools, and how the Christian Right stands to benefit from them, is clear. While the details regarding the higher education task force are unknown, Falwell’s selection suggests intent in part to open up accreditation standards and federal qualifications for higher education institutions such as religious universities and religious law schools that have had problems in the past.

Christian leaders have long faced questions about how to preserve their educational institutions’ unique character in the face of accreditation standards and federal rules regarding non-discrimination. Some schools faced internal battles over allowing students to accept federal financial aid, since doing so might threaten a school’s ability to control its mission. As task force head, Falwell stands to lower the costs of creating such schools and to strengthen their abilities to control their Christian character.

As with the Christian Right generally, these schools’ prospects of reaching their goals was in question half a year ago. The elevation of Gorsuch, DeVos and Falwell demonstrate Trump’s recognition of the importance of empowering the Christian Right.