Providence: Ted Cruz, Realpolitik, and the Future of the Middle East

This article was originally posted at Providence. 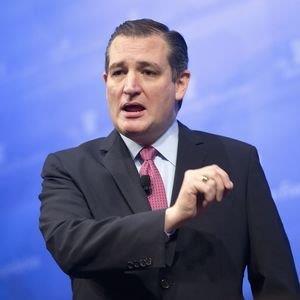 Perhaps like no other Republican presidential candidate, Senator Ted Cruz exemplifies the nation’s conflicted conscience over the direction of U.S. foreign policy in the age of terror. Should the United States promote democracy in the Middle East, or should we learn to live with Arab dictatorships, even as we seek to defeat and destroy the Islamic State?

In this week’s Republican presidential candidates’ debate, as well as in a speech last week at the Heritage Foundation, Mr. Cruz tries to navigate between isolationism and interventionism. “We will not win by replacing dictators, as unpleasant as they may be,” he says, “with terrorists who want to kill us and destroy America.” Better to live with the devil we know, in other words, than with the demons who might replace him.

This argument was explicitly rejected by the Bush administration in the aftermath of the 9/11 terrorist attack. In a seminal 2003 speech to the National Endowment for Democracy, Mr. Bush condemned as a Faustian bargain decades of U.S. support for thuggish governments in the Muslim world: “Sixty years of Western nations excusing and accommodating the lack of freedom in the Middle East did nothing to make us safe—because in the long run, stability cannot be purchased at the expense of liberty.”

Mr. Bush had at least some evidence on his side: fifteen of the nineteen 9/11 hijackers came from Saudi Arabia, one of the most repressive states in the world. Another came from Egypt, then ruled by military strongman Hosni Mubarak. Thus, the Bush Doctrine made the promotion of democracy in the Middle East its political lodestar. “As long as freedom does not flourish,” he said, “it will remain a place of stagnation, resentment, and violence ready for export. And with the spread of weapons that can bring catastrophic harm to our country and to our friends, it would be reckless to accept the status quo.”

Mr. Cruz, by contrast, is perfectly willing to accept the status quo. He rejects, he says, “the conventional wisdom that holds that America must always promote democracy at all costs.” It should be pointed out that no Republican president or presidential candidate has ever insisted that democracy should be promoted “at all costs.”

The Texas senator goes on to invoke Ronald Reagan, “the single greatest liberator of human oppression” in history. “He did not do it by forcing democracy on unwilling nations.” This is the language of the left: the rhetoric of false choices that has been a staple of Mr. Obama’s sophomoric speechifying.

None of the Republican contenders for president has suggested “imposing” democracy on anyone. Nor did the United States impose democracy following the wars in Afghanistan or Iraq—it removed brutal and sadistic dictatorships that had imposed themselves on unwilling populations. Muslim leaders in both countries wrote their own constitutions and elected their own leaders, regardless of U.S. preferences.

Mr. Cruz continues: “We do not betray the idea of America by accepting reality.” The reality we are asked to accept, he says, is the genocidal regime of Bashar al-Assad—except Mr. Cruz usually neglects to mention Mr. Assad’s association with genocide. There are, we are told, no better alternatives. “Quite simply,” he concludes, “we do not have a side in the Syrian civil war.”

The Syrian government violently quashes a peaceful democratic protest movement, butchers over 200,000 of its own citizens, unleashes chemical weapons against its civilian population, and creates a refugee crisis that is destabilizing moderate Muslim governments and threatening our European allies—and the United States has no interest in the outcome of this war? The conflict creates safe havens for the Islamic State, invites Russian influence into the region, and is transforming Syria into a political appendage of Iran, a leading exporter of terrorism—and the next American president must remain indifferent to the author of this chaos?

Perhaps Mr. Cruz is right: After four years of U.S. dithering, after the landscape of Syria has become an Islamic jihadist playground, Mr. Assad’s departure might turn the country into a trophy for the Islamic State. Maybe this latest expression of political “realism”—effectively a continuation of President Obama’s Syria policy—is the only choice left to the United States.

But is it? The case for realpolitik has been made before, by both political parties, even in the face of a geo-political and humanitarian crisis of similar magnitude. Recall the response of Secretary of State James Baker, a Republican, when asked whether the United States should help stop ethnic cleansing in the Balkans during the 1990s: “We don’t have a dog in that fight.” It turned out, in the first war among European states since 1945, after thousands killed and millions of refugees made destitute, that America did have a dog in that fight—a fact that President Bill Clinton, a Democrat, discovered almost too late.

“Are the peoples of the Middle East somehow beyond the reach of liberty,” President Bush asked in his 2003 speech. “Are millions of men and women and children condemned by history or culture to live in despotism? Are they alone never to know freedom, and never even to have a choice in the matter?”

For Mr. Cruz and his supporters, the disturbing answer at the moment appears to be yes.

Previous: Providence: A Terrorism Speech that ...
Next: WNET/Channel 13: Author and Historia...

3 Responses to Providence: Ted Cruz, Realpolitik, and the Future of the Middle East