Joseph Loconte » Commentary, Featured » National Review: What the Left and the Right Get Wrong about Liberalism

National Review: What the Left and the Right Get Wrong about Liberalism 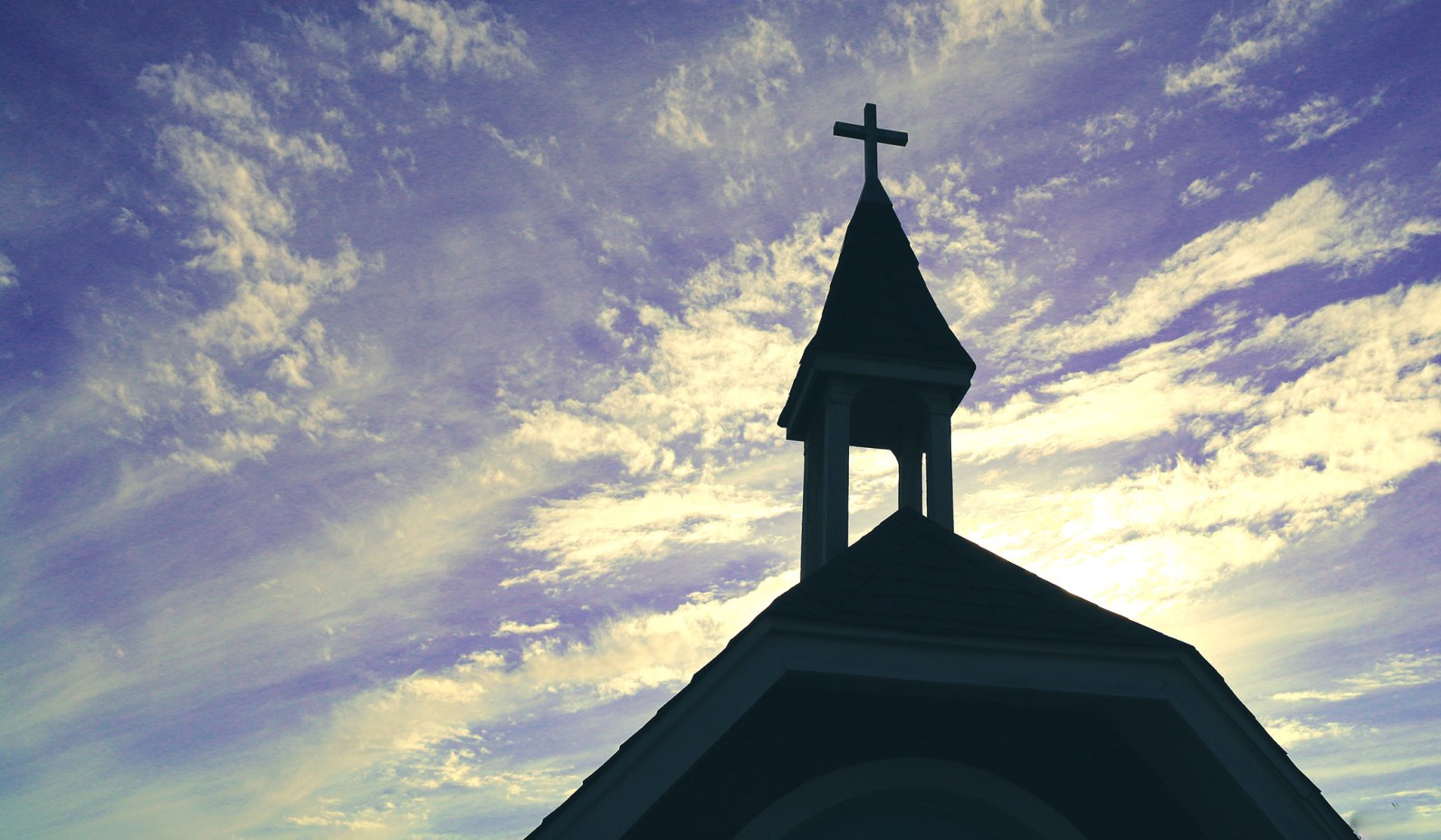 In the deepening debate over the future of American democracy, the progressive Left and the religious Right have this in common: They both cling to nostalgic fictions about the past. Their revisionist histories, rooted in secularism on the one hand and sectarianism on the other, would propel our politics in the same direction: toward the Leviathan imagined by Thomas Hobbes, an omnicompetent state that offers security and prosperity at the price of freedom.

On the Right, the rejection of liberal democracy is motivated by a yearning for a premodern world: a society animated by medieval concepts of virtue, faith, and authority. Catholic scholars such as Patrick Deneen argue that, under Christendom, the “cultivation of virtue” and “aspiration to the common good” served as bulwarks against tyranny. But liberalism dissolved these ideas, he writes, replacing them with “civic indifference” and “the unfettered and autonomous choice” of the individual. Likewise, Harvard law professor Adrian Vermeule condemns the liberal project as the enemy of the historic church. “Both politically and theoretically,” he writes, “hostility to the Church was encoded within liberalism from its birth.”

Behind these views is a cluster of pious — and dangerous — falsehoods about the history of European Christianity. The Catholic medieval project brought with it great reforms in law and education; it abolished slavery and established institutions to care for society’s most vulnerable. Yet, for all its achievements, Christendom failed to uphold the most revolutionary tenets of Christianity — namely, the freedom and equality of every human soul.

Indeed, by insisting that the state enforce an overarching religious identity, the church criminalized dissent, trampled the rights of conscience, and authorized a brutal, continental Inquisition to root out and punish alleged heretics. Alongside its exhortations to virtue was a culture of hedonism and materialism. The humanist scholar Erasmus, satirizing clerical depravity, imagined the apostle Peter denying Pope Julius entry into heaven: “If Satan needed a vicar, he could find none fitter than you.” On the eve of the Protestant Reformation, the crisis of religious authority was manifest: a consequence, in part, of an unholy alliance between pope and emperor.

It required the secular forces of the Enlightenment to sweep aside the superstitions and religious hatreds that stood in the way of a more just and egalitarian society. That, at least, is the narrative of the progressive Left. Under this view, epitomized by thinkers such as Steven Pinker, religious belief is inherently suspect; organized religion is considered the enemy of reason, science, human rights, and social progress. As Pinker declares in Enlightenment Now, “the moral worldview of any scientifically literate person — one who is not blinkered by fundamentalism — requires a clean break from religious conceptions of meaning and value.” As a product of the radical Enlightenment of Spinoza and Voltaire, we are told, the American Founding was essentially a secular affair.

Yet the progressive account of the nation’s origins is rooted in a secularization myth, the false notion that liberal democracy emerged only after religion became privatized and marginalized in public life: the separation of church and state. Progressive historians exhibit a tone-deafness to the religious beliefs that inspired the American revolutionaries and shaped the debates over the U.S. Constitution.

In These Truths: A History of the United States, Jill Lepore offers an informed and vivid account of the American Founding but omits any significant role for the Bible, the most widely read book in colonial America. In her rendering, the Declaration of Independence contained only “secular truths,” with no discernible link to a deity of any variety. Likewise, in First Principles, Thomas Ricks traces the impact of ancient Greece and Rome on the Founders — but has nothing to say about how the Americans bracketed the classical world with a host of Christian assumptions about freedom, equality, and natural rights. In noting the influence of college president John Witherspoon on Madison’s political philosophy, Ricks fails to mention that Witherspoon was an evangelical minister, or that Madison studied theology under Witherspoon before launching his political career.

Contrary to these revisionist histories, the concept of natural rights and freedoms was not a secular idea. Rather, it grew in the soil of revealed religion, when elements of Protestantism supplied the moral and theoretical bedrock for constitutionalism. The key figure, misunderstood by progressives as well as conservatives, was the English philosopher John Locke, considered the father of political liberalism.

Locke’s insight was to combine the classical idea of natural and universal rights with that of natural law, which was always thought to be grounded in the divine will. The law of Nature, Locke wrote in his Two Treatises of Government (1689), taught that every person was born free and independent, “the workmanship of one omnipotent and infinitely wise Maker, sent into the world by His order and about his business.” Everyone therefore had “a natural duty” to respect the life, liberty, and possessions of his neighbor. “They are His property, whose workmanship they are made to last during His, not one another’s pleasure.” The rulers of a Hobbesian state, by trampling individual rights and freedoms, robbed God of his divine prerogative and “put themselves into a state of war with the people.” Outside of the Bible, no text was cited more frequently by the American revolutionaries than Locke’s explosive manifesto.

Moreover, Locke’s famous argument for the separation of church and state was not motivated by anticlericalism or a desire to cleanse the public square of religion. A lifelong Anglican, Locke was outraged by the attempt, by both Catholics and Protestants, to impose religious conformity through force. In A Letter Concerning Toleration (1689), he appealed to the life and teachings of Jesus, “the Captain of our salvation,” to defend religious liberty for all members of the commonwealth. And because Locke believed firmly in a final judgment — “because no man can so far abandon the care of his own salvation” — everyone must be free to seek religious truth according to the demands of conscience.

Locke placed a heavy burden on church leaders to teach and model a posture of peace and goodwill toward everyone—“as well towards the erroneous as the orthodox; towards those that differ from them in faith and worship, as well as towards those that agree with them therein.” And he delivered a stern warning, as a fellow believer, that God’s judgment awaited those who ignored the plain teaching of Jesus on the matter. “And if anyone that profess himself to be a minister of the word of God, a preacher of the Gospel of peace, teach otherwise; he either understands not, or neglects the business of his calling, and shall one day give account thereof unto the Prince of Peace.”

Locke’s arguments permeated the outlook of colonial America. Protestant ministers, the cultural leaders of the day, embraced Locke’s thinking as a biblical defense of equality, natural rights, and religious freedom. Elisha Williams, a rector at Yale University, in an influential tract published in 1744, warned that whenever government was “applied to any other end than the preservation of their persons and properties, . . . then (according to the great Mr. Lock) it becomes tyranny.” Williams implored religious and political leaders to adopt “that golden precept of our blessed Lord.” As Locke framed it, “the sum of all we drive at is that every man enjoy the same rights that are granted to others.” Here, at the beginning of America’s democratic journey, was the political application of the golden rule.

The religious Right fails to grasp that, in a profoundly important sense, liberalism arose as a Christian response to the failures of Christendom. Although their political agenda remains murky, they seem enamored of the prospect of reestablishing a nationalist, religious vision: a Leviathan wearing the robes of a priest. Under this vision, the exercise of raw executive power would vanquish the enemies of cultural conservatism. Hence their uncritical embrace of Donald Trump, the self-styled defender of Christian values: “Nobody has done more for Christianity . . . or for religion itself than I have,” he recently boasted.

Meanwhile, by disregarding the biblical roots of liberalism, progressives seek to expunge religious ideals from our politics. By severing universal rights from the ballast of religious truth, they debase the concept of rights and transform it into a platform for social entitlements — enforced by the state. By quashing dissent from the new orthodoxy, they summon the spirit of the inquisitor. In their desire for a perfectly egalitarian society, Hobbes would be an ally: “And though of so unlimited a power men may fancy many evil consequences, yet the consequences of the want of it, which is perpetual war of every man against his neighbor, are much worse.”

Here, ironically, is the common ground between the progressive Left and religious Right: the willingness to employ the unlimited power of government to achieve their fantastical aims. But the American experiment in human freedom, for all of its flaws, is a rebuke to the Hobbesian project. The American Revolution in self-government was a Lockean revolution, and its renewal is inconceivable apart from the religious ideals that gave it birth.

Previous: The National Interest: Herbert Hoove...
Next: National Review: A Brief History of ...