A review of Why Tolerate Religion? by Brian Leiter which originally appeared in Standpoint. 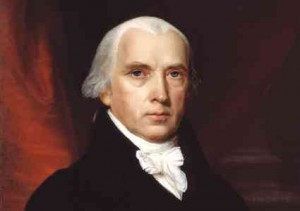 In what seems a curious way to begin a book advancing a more “principled” and “morally defensible” approach to religion in public life, the Chicago philosopher and legal scholar Brian Leiter makes little effort to conceal his contempt for people of faith. It was, he confesses, “the pernicious influence of reactionary Christians” — a charge never explained or defended — that prompted his inquiry.

The result, Why Tolerate Religion?, is a slim polemic that would unleash its own version of religious zealotry: a brooding, merciless, and militant secularism.

The core argument of Leiter’s book is that religion must be stripped of its privileged status in the American constitutional order. Religious belief, he writes, deserves no special legal treatment or accommodation because it possesses no greater moral or social currency than any other claims of conscience. Quite the opposite: unlike secular appeals to conscience, religious convictions are hopelessly irrational and prone to dangerous and undemocratic behaviors:

“There is no apparent moral reason why states should carve out special protections that encourage individuals to structure their lives around categorical demands that are insulated from the standards of evidence and reasoning we everywhere else expect to constitute constraints on judgment and action.”

The author seems astonishingly unaware of the Judeo-Christian intellectual tradition and its contribution to the foundations of liberal democracy. The scientific revolution, the concept of human dignity, an ethos of compassion for the poor, the political ideals of equal rights and government by consent — all of these developments are unthinkable without the influence of the Judeo-Christian tradition in the West.

In Leiter’s secularised account, seminal thinkers such as John Locke advanced liberal, tolerationist views on purely utilitarian grounds. Locke defended freedom of conscience “not because there is some principled or moral reason to permit the heretics to flourish but because the State lacks the right tools to cure them of their heresy”.

But if Leiter had simply read the opening paragraphs of Locke’s Letter Concerning Toleration (1689), he would have realised the implausibility of his secularisation campaign: “The toleration of those that differ from others in matters of religion, is so agreeable to the Gospel of Jesus Christ, and to the genuine reason of mankind, that it seems monstrous for men to be so blind, as not to perceive the necessity and advantage of it, in so clear a light.”

Likewise, in a book on the relationship of Church and State, there is no treatment of James Madison and his signal contribution to the legal architecture governing these two realms — the First Amendment — which Leiter hopes to reconstruct. Ever mindful of the dangers of an oppressive state, Madison insisted upon the civic freedom of every individual to live out his obligations to the Creator. As he wrote in Memorial and Remonstrance Against Religious Assessments (1785):

By elevating our spiritual and moral obligations to God above all others, Madison helped to enshrine the unique status of religion in America’s legal regime. The Founders viewed religious liberty as the bedrock of civic and political freedom; as such, the state should think long and hard before it curtailed religious expression. As the social thinker Os Guinness has written, this principle has functioned as an “article of peace” by which the United States has accommodated its religious diversity while avoiding sectarian strife and preserving freedom. All of this history — all of the social and political progress made possible by religion’s privileged place in the public square — is ignored by Leiter’s cold rationalism.

The author apparently cannot imagine a world in which most of its inhabitants order their lives around deeply held religious beliefs. In other words, he cannot accept the world in which we actually find ourselves. Hence his shrivelled, anaemic anthropology: there is no spiritual dimension to human personality, no innate yearning for the holy, no conscience informed by belief in a just and loving God. Consequently, people of faith can claim no conscientious exemptions from the secular dictates of government.

Running throughout Why Tolerate Religion? is a grievously flawed assumption: that the modern State needs no religious or transcendent ideals to restrain its worst impulses. Instead, it is free to impose its own secular vision of society upon faith communities at its pleasure.

“To impose such things, is, in effect, to command them to offend God,” wrote John Locke, “which, considering that the end of all religion is to please him, and that liberty is essentially necessary to that end, appears to be absurd beyond expression.”

Joseph Loconte, Ph.D., an associate professor of history at The King’s College in New York City, is the author of The Searchers: A Quest for Faith in the Valley of Doubt. He is working on a book about the history of religious freedom in the West.