Weekly Standard: Religion and the Renaissance 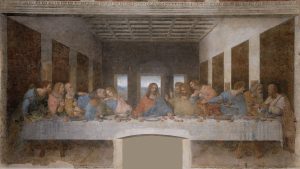 FLORENCE, Italy—If the inspiration for the highest ideals of the Western liberal tradition could be traced to a single city, it would be Florence: birthplace of the Renaissance and hotbed of radical individualism. The humanism of the Renaissance is either praised for shattering medieval superstitions or lamented for elevating the autonomous self against traditional religious authorities. Yet one of the most striking features of the period is the recovery of biblical concepts of human dignity and how they helped to unleash artistic, social, and intellectual genius.

The scientists who emerged during this period—some benefitting from Medici family patronage—saw no contradiction between pursuing knowledge about the physical world and pursuing the knowledge of God. Copernicus, Kepler, Newton, Galileo: each agreed that “the book of nature” was “written by the hand of God in the language of mathematics.” Against their critics, they saw their intellectual breakthroughs as contributing to a sacred mission. Newton once explained that his Principia (1687) had an apologetic purpose: “When I wrote my treatise about our System I had an eye upon such Principles as might work with considering men for the belief of a Deity, and nothing can rejoice me more than to find it useful for that purpose.”

Renaissance artists like Michelangelo were driven by their love of beauty, an experience they connected intimately to God’s creative power. A contemporary biographer, Ascanio Condivi, wrote that Michelangelo “loved not only human beauty but universally every beautiful thing.” Though anxious not to make the human body an idol that blinded him to the need for repentance, Michelangelo would not abandon his longing for beauty to the stifling artistic conventions of his day. As he put it in one of his poems:

To what am I spurred by the power of a beautiful face?
Since there is nothing else in the world that brings me delight, to this:
to ascend while still alive among the blessed spirits by a
grace so great that every other seems inferior.

When Pope John Paul II in 1995 held mass in the Sistine Chapel to celebrate the restoration of Renaissance frescoes, he recalled Michelangelo’s achievement. “The frescoes that we contemplate here introduce us to the world of Revelation,” he said. “The truths of our faith speak to us here from all sides.” These artists, the pope explained, upheld a theology of the human body that celebrated the beauty of human beings created by God as male and female, suggesting the hope of a world transfigured by the risen Christ.

It is true that Renaissance humanists, in looking to ancient and classical sources for insight, often became enamored with pagan mythology. Some, like Pico della Mirandola, extolled the godlike potentialities of human beings as “the free and proud shaper” of their own destiny. Yet others, with a more chastened view of human nature, turned back to the Hebrew and Christian Scriptures: the Christian humanists such as Erasmus, who applied the new tools of classical scholarship to draw others into a deeper and more authentic knowledge of the Bible.

These biblical humanists emphasized individual moral responsibility and a program for reform based on the “philosophy of Christ.” By this they meant the obligation of every believer to understand and apply the teachings of Jesus in all realms of human experience: politics, economics, family life, and so on. “What else is this philosophy of Christ, which he himself calls being born again,” wrote Erasmus, “but renewal of a human nature well formed?”

For the Christian humanists, intimate knowledge of Scripture was the gateway to spiritual and social transformation. Risking church censure, Erasmus sought to have the Bible “translated into all languages” and “published as openly as possible.” In an age when holy writ was available only in Latin—and only to clerical elites—a more democratic approach to faith represented an appeal to the ethos of the ancient church. No wonder Martin Luther, as he launched his Protestant Reformation, called Erasmus “our ornament and our hope.”

Yet modern confusion about the Renaissance abounds. Liberals usually ignore the biblical assumptions that framed much of the scholastic and artistic genius of the period. Conservatives often attribute our modern woes to the supposedly unhinged individualism of the Renaissance spirit. But the Renaissance should be understood as a partial response to the moral turpitude of the medieval church: the crushing legalisms, inquisitions, heresy trials, and clerical hypocrisy.

Leonardo Da Vinci, the artist whose “Last Supper” ranks among the most famous of Christian paintings, also led the most exhaustive campaign of anatomical investigation ever attempted. Scholars believe that if his findings had been published in his lifetime, they probably would have altered the course of modern science. His discoveries, however, were based on secret dissections of dozens of human cadavers, a forbidden practice that invited execution.

“It is the business of little minds to shrink,” he wrote, “but they whose heart is firm, and whose conscience approves their conduct, will pursue their principles unto death.” Radical individualism? It was a similar defense of the rights of conscience—a commitment to pursue truth wherever it leads—that helped to bring the Christian church into existence.

In an age of skepticism, mediocrity, and moral indifference, we could use a few more radicals of the Renaissance type.

Previous: The Hill: When human rights are abus...
Next: Weekly Standard: Chinese intimidatio...

One Response to Weekly Standard: Religion and the Renaissance