In a move that has stunned even many of his supporters, President Obama has stigmatized and enraged one of the most important institutions in the American electorate: the Catholic Church. 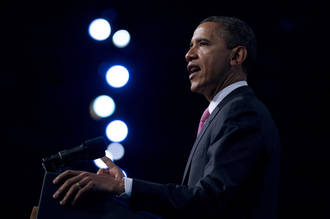 The president’s health-care ruling last week will force Catholic institutions—and other religious groups—to fund a range of birth-control services in health insurance plans for their employees. Widely criticized as an assault on freedom of conscience, the ruling could cost him re-election in this year’s presidential race.

Under the new health-care law, church-based hospitals, charities, colleges and other organizations will be compelled to pay for health insurance that covers sterilization, contraception, and abortion-inducing drugs. Until last week’s decision, Obama had promised to exempt faith-based groups from paying for contraceptive drugs that violated their religious beliefs. That pledge helped win him support from “progressive” Catholic leaders during the health-care debate.

But the president went back on his word—and treated his religious allies as pious dupes.

The new law exempts churches, synagogues, mosques, and other houses of worship, but not religiously affiliated organizations such as hospitals and universities—which number in the thousands and operate in every state in the nation. Timothy Dolan, president of the U.S. Conference of Catholic Bishops and the New York Cardinal-designate, was appalled at the decision: “Never before has the federal government forced individuals and organizations to go out into the marketplace and buy a product that violates their conscience.”

Yet Obama’s power grab is even more reckless than that. By refusing to exempt church-based groups from the law, the president has decided which organizations carry out a “religious” mission worthy of legal protection and which do not—an act of presumption that the U.S. Supreme Court has rejected as “extreme.”

At the National Prayer Breakfast a few days after the ruling, Obama discussed his Christian faith and his understanding of God’s concern for the poor. He described his habit of “asking God for guidance” in leading the nation and supporting “the values that hold us together and keep us strong.”

The president’s attack on the fundamental rights of religious believers may be an answer to the prayers of the radical left, but it’s hard to see how the God of heaven and earth had anything to do with it.

Giuseppe Loconte is a professor of history at The King’s College and the author of the forthcoming book The Searchers: A Quest for Faith in the Valley of Doubt.