Joseph Loconte » Commentary » La Stampa: No Illusions About Morsi’s Election, A Democratic Revolution Is a Long Way Off

La Stampa: No Illusions About Morsi’s Election, A Democratic Revolution Is a Long Way Off

Neither Obama nor his State Department seem to remember the rhetoric and promises made during the election campaign.

The Obama Administration, along with other Western leaders, is in a celebratory mood over the presidential election results in Egypt. Mohamed Morsi, an Islamist and former leader in the Muslim Brotherhood, is promising to be “a president for all Egyptians.” At his first news conference, Morsi told the nation “we are all equal in rights,” and then promised to appoint a woman and a Coptic Christian as vice presidents. Festive party hats no doubt are being distributed at the State Department. 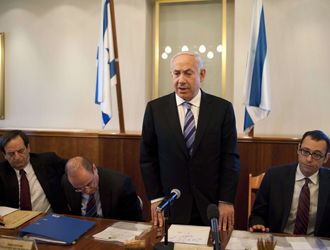 Yet history—not to mention common sense—tells us to put away the champagne for now.

Two toxic assumptions about the “Arab Spring” have crept into the political analysis, like rattlesnakes in a tent. One is that popular elections are inevitably transformative events on the journey toward liberal democracy. The raw fact of a “free and fair” election, we are told, legitimizes and sanctifies the outcome: no matter who wins, the nation is on the highway to freedom, equality, and constitutional government.

The second assumption is that even if the candidate expressed “conservative” Islamic views during the campaign—the Western media downplays the repressive, violent, and sectarian particulars—the practical work of governing will moderate him. This is what has happened in Turkey, we are instructed, under the Islamist rule of Tayyip Erdogan.

The Obama White House, not unlike its predecessor, has embraced these convenient myths. Mr. Obama, who likes to call himself “a student of history,” seems unaware that millions of souls in the twentieth century were tortured by dictators who came to power through a popular vote. He forgets that in the Western tradition, democratic elections grew from a culture of self-government: a soil enriched by a Judeo-Christian heritage that upheld the equality of every human being. Lacking this democratic culture—and given the organization, funding, and manipulative tactics of the Muslim Brotherhood—the Egyptian elections tell us little about its democratic future.

An honest reading of the history of Islam in the Middle East—even putting aside the record of extremism and terrorist violence of the Muslim Brotherhood—leads to one sobering conclusion. If Morsi establishes the liberal democracy to which he is now paying lip service, he will achieve something no Arab state has even attempted: equal justice under the law, respect for universal human rights, freedom of speech, freedom of assembly, and freedom of religion.

Now that would be a democratic revolution. But is it realistic to believe it is now underway in Egypt?

Neither Mr. Obama nor his State Department seems able to remember Morsi’s fiery promises during his campaign, uttered just weeks ago. At his first rally, the hardcore Islamist led the crowd in a chant: “The Koran is our constitution, and Shariah is our guide.” At another rally Morsi warned those who “want to stop our march to an Islamic future, where the grace of God’s laws will be implemented.” He went on to embrace his “Salafi brothers”—Muslim extremists who openly promote violent jihad—for being “united in our aims and Islamic vision.”

The West has adopted a new narrative about militant Islam, looking to Turkey as its happy model. A recent editorial in The Economist expresses the new party line: “The best way to tame the Islamists, as Turkey’s experience shows, is to deny them the moral high ground to which repression elevates them, and condemn them instead to the responsibilities and compromises of day-to-day government.”

It is a sweet illusion, a projection of progressive fantasies onto “political Islam,” regardless of the unhappy facts on the ground. Turkey’s secular approach to governance is eroding under the Erodogan regime. Islamic supremacists are finding a home in the country’s key institutions, while political and religious dissenters are facing crackdowns. More journalists are now in prison in Turkey than any other Muslim-majority country.

The fact remains that virtually nothing in Mohamed Morsi’s history suggests that he’s a repressed Jeffersonian democrat. The values and goals of his Muslim Brotherhood, and those of his closest allies, are flatly incompatible with the moral assumptions of liberal democracy. If achieved, even partially, Morsi’s Islamist agenda would merely duplicate the injustices and degradations and violence of the Mubarak regime.

As a “student of history,” President Obama might brush up on his revolutionary reading. He could start with The Ancien Regime and the French Revolution (1856), Alexis de Tocqueville’s classic study of a revolution gone bad. “I shall show how a government, stronger and much more autocratic than the one the Revolution had overturned, subsequently centralized the whole governmental machinery once again, suppressing all those dearly bought freedoms and putting empty shams in their place.”

Loconte is a professor of history at The King’s College in New York City and the author of The Searchers: A Quest for Faith in the Valley of Doubt.