This is a guest column by Joseph Loconte, associate professor of history at The King’s College in New York City. He is the author of God, Locke, and Liberty: The Struggle for Religious Freedom in the West (Lexington Press) and of the forthcoming God and the Great War: J.R.R. Tolkien, C. S. Lewis and the Crisis of Faith in the Modern Age.

British historian C. V. Wedgwood, writing 20 years after the conclusion of World War I, produced a sweeping survey of a conflict that created a human catastrophe for Europe. She drew her wounding observations to a close with these words: “Morally subversive, economically destructive, socially degrading, confused in its causes, devious in its course, futile in its result, it is the outstanding example in European history of meaningless conflict.” Wedgwood’s account, however, was not about the deadly conflagration that had engulfed the Continent just a generation earlier. The war she had in mind was fought in the early 17th century. It has been called Europe’s last religious war: the Thirty Years War. 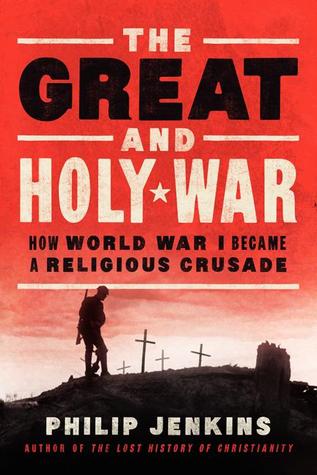 In a sense, the conflict of 1618-1648 anticipated the war of 1914-1918. Although it could have remained a regional dispute, the Thirty Years War sucked into its vortex most of the nations of Europe. Like World War I, it was breathtaking in its scope and destructive power. Both wars resulted in startling numbers of casualties, caused massive physical devastation, disrupted local economies, and threatened the social fabric of European civilization.

The Treaty of Westphalia (1648) that ended the Thirty Years War promised to remove religion as a source of political strife. The secular interests of the State would set the course of international affairs. The nations of Europe had finally put an end to wars motivated by religious belief. And then the Great War arrived, and with it the revenge of religion.

From the onset of hostilities, writes Philip Jenkins in The Great and Holy War: How World War I Became a Religious Crusade, this was a conflict infused with religious themes and ambitions. What might have remained a brief skirmish over ethnic self-determination became something like an apocalyptic contest between the forces of Good and Evil. “Whatever the local agendas, Christians in all combatant nations—including the United States—entered wholeheartedly in the spirit of cosmic war,” Jenkins writes. “None found any difficulty in using fundamental tenets of the faith as warrants to justify war and mass destruction.”

Jenkins, Distinguished Professor of History at Baylor University, has written extensively about the growth of global Christianity. More controversially, in a recent comparative study of Islam and Christianity, he concluded that the teachings of the Qur’an are “far less bloody and less violent than those in the Bible.” In The Great and Holy War, Jenkins explores not only the faith-based character of World War I but also its aftermath. Drawing on important primary material, Jenkins lays bare the apocalyptic rhetoric that attended and inflamed the conflict. He provocatively suggests how the war transformed 20th-century religion, and is sober about the staying power of religious faith. Nevertheless, his treatment suffers from a tendency to give too much credit—or blame—to religious motivations at the expense of other, more worldly explanations.

Jenkins is on solid ground when he reminds us that the combatant nations of Europe continued to uphold some version of ancient Christendom: that Church and State were still intertwined and that religious concepts were embedded in the public consciousness. He argues that this heritage contributed to the sanctification of the war effort—and the demonization of the enemy. Later on, he notes, the fiery wartime sermons delivered from pulpits across Europe and the United States invited reproach from the postwar generation.

The thesis is neither new nor controversial. But Jenkins goes further: we are told that the ordinary soldiers of England, Germany, France, and other nations “practiced a faith based on redemptive suffering,” that they thought of themselves as Christian martyrs in a holy war. The evidence for this is contestable at best.

The soldiers of the Great War were among the most educated cohort in the history of warfare. For many of them, Christianity was already a cultural relic. The youthful atheism of C. S. Lewis, who fought in the trenches on the Western Front, may not have been typical, but his lack of any meaningful connection to the pulpit oratory of the hour was common. Moreover, sociological studies of religion during the war, such as Richard Schweitzer’s The Cross and the Trenches, reveal that soldiers typically prayed for strength, safety, bravery, and family—but rarely for holy zeal to destroy the minions of the Antichrist.

Importantly, Jenkins correctly emphasizes that the leaders of liberal and “progressive” Christianity enthusiastically embraced the war as a righteous crusade. Germany is the supreme example, where liberal Protestantism, having rejected the historicity and divine authority of the Bible, had come to dominate the theological schools. “Such an approach is liberal in its openness to changing ideas and standards,” writes Jenkins, “but the lack of any external absolutes allows the church to be swept along with contemporary political obsessions.”

This is an immensely important insight, yet it omits a vital element of the story. The destructiveness of the war and the ideologies which it spawned were much less the product of religion and much more the result of a very secular idea: the Myth of Progress. It is the belief, implicit in Darwinian biology and popularized by Spencer, that Western civilization is marching inexorably forward. Humanity itself is evolving, maturing, advancing: here is the soaring metanarrative at the dawn of the 20th century. Thus, even a force as inherently destructive as war, in enlightened hands, could have regenerative effects. This secular vision of human destiny captured the imagination of a generation on the eve of war. “I grew up believing in this Myth and I have felt—I still feel—its almost perfect grandeur,” wrote C. S. Lewis in “The Funeral of a Great Myth.”

Yet the rise and dominance of this Myth is almost wholly absent from Jenkins’ account. He blames the “messianic and millenarian mood” for the revolutions that “swept the world in the immediate aftermath of the war.” The ideologies of communism and fascism are thus traceable to the religious fervor of the Great War. “The holy war tradition,” he writes, “left a powerful inheritance.”

Surely this is a bridge too far. European fascism was anchored in “scientific” and materialist theories of eugenics and racial superiority. Neither Italian nor German fascism had any interest in Christianity except in its manipulation for political ends. As for communism, no ideology had so thoroughly exalted atheism and repudiated biblical religion. The seeds of the Marxist revolution, of course, were planted in the 19th century. It is certainly true that World War I cleared the ground for their rapid growth, but only because the “Christian” nations of Europe had nearly succeeded in committing mass suicide, leaving a generation of disillusioned Europeans ripe for the picking.

The other secularizing force was nationalism. “Throughout the interwar years,” Jenkins writes, “the boundaries between political extremism and religious zeal would be hard to discern.” The point is well taken, and is emphasized in Michael Burleigh’s important book, Sacred Causes: Religion and Politics from the European Dictators to Al Qaeda. “Nationalism,” writes Burleigh, “effortlessly incorporated some of the major themes of the Judeo-Christian tradition.” Nevertheless, the essentially secular orientation of nationalism, and its grip over the European mind, must not be forgotten.

Aided by the Myth of Progress, the nation-state replaced religion as an ultimate source of meaning for many Europeans (and Americans) during this period. Implicating Christianity in the creation of totalitarian, pseudo-religious ideologies is a little like blaming Da Vinci for the chalky, sidewalk renditions of his Mona Lisa that appear daily outside the Louvre.

To be fair, Jenkins is more nuanced in his critique of religious belief in the postwar years. He argues that religion made a comeback during the Cold War in the struggle against communism. He notes that Catholic thinkers such as Jacques Maritain drew on their memories of World War I as they sought to build a peaceful and united Europe based on a foundation of human rights.

“The sleep of religion,” Jenkins writes, “brings forth monsters.” History, including the history of the Great War, offers much evidence for this view. But history also suggests that the monsters of which Jenkins speaks would not recognize the authentic Voice of the Church, nor obey his Call when they heard it.

Previous: The Times of London: Easter’s Eter...
Next: Huffington Post: Poland, Obama, and ...