Joseph Loconte » Commentary, Featured » The Hill: Pandemics and the survival of the fittest

The Hill: Pandemics and the survival of the fittest 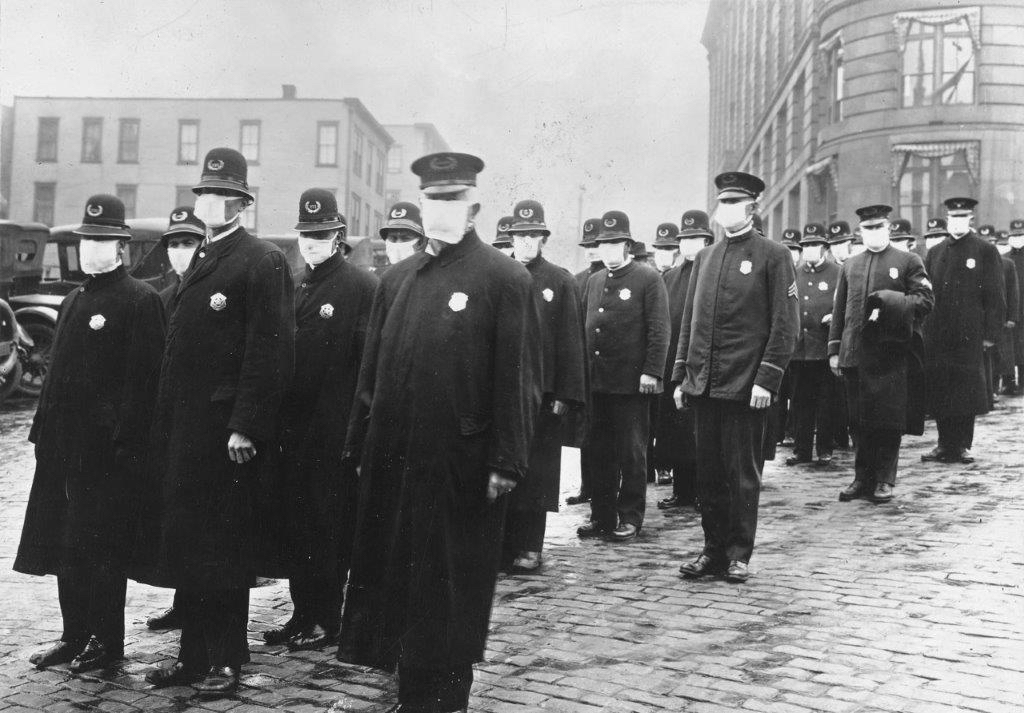 When the influenza virus first struck down a soldier in March 1918 on a military base in Kansas, much of the country was mesmerized by The Black Stork, a silent film advocating the elimination of children born with severe illnesses or disabilities. The eugenics movement — the effort to improve the human gene pool by isolating and sterilizing those considered “unfit” to reproduce — was in full swing. Today, in the throes of the coronavirus pandemic, the dominant theme is saving lives, regardless of the economic cost. Yet a century ago, medical and scientific authorities, egged on by religious leaders, supported a violent form of social Darwinism.

Soon after Charles Darwin published his evolutionary theory based on the “survival of the fittest,” anthropologists such as Francis Galton seized upon its social implications: Use the tools of science to improve the human species. “What Nature does blindly, slowly, ruthlessly, man may do providently, quickly and kindly,” Galton told a London society in 1909. Galton coined the term eugenics — “good birth” — to promote his social vision. “It must be introduced into the national conscience,” he said, “like a new religion.”

Eugenics advocates proceeded with missionary zeal. A year after Galton’s speech, Charles Davenport, a professor of zoology at the University of Chicago, with grant money from the Carnegie Institution of Washington, created a national Eugenics Record Office. The aim: to gather scientific data to support the eugenics agenda. Beginning in 1912, a series of international conferences was held in London and New York, creating a global venue for a burgeoning class of eugenicists and their supporters. They built ties to institutions such as Harvard, Princeton and Columbia universities and New York’s Museum of Natural History. What began as a fringe, pseudo-scientific idea became mainstream thinking in premier scientific and academic institutions.

The 1918 influenza pandemic, despite killing the young and healthy as easily as the old and sick, did nothing to curb enthusiasm for eugenics. In Pale Rider: The Spanish Flu and How It Changed the World, Laura Spinney writes that one of the big lessons of the catastrophe was that “it was no longer reasonable to blame individuals for catching an infectious disease.” That’s not exactly right: The lesson for many scientific authorities was that the racial stock was in grave danger of degeneration.

In fact, it appears that the devastating effects of the influenza virus — killing at least 50 million people worldwide in a matter of months — stirred an apocalyptic gloom in educated circles. Book titles in the 1920s tell the story: The End of the World; Social Decay and Degeneration; The Need for Eugenic Reform; Racial Decay; Sterilization of the Unfit; and The Twilight of the White Races. Population planning was promoted by psychiatrist Carlos Paton Blacker, longtime general secretary of the Eugenics Society, who warned in a 1926 book, Birth Control and the State, of “a biological crisis unprecedented in the history of life.”

To many religious leaders, the “science” of eugenics was a “progressive” solution to a raft of social, moral and spiritual ills. Writing in the journal Eugenics, Harry F. Ward, a professor of Christian ethics at Union Theological Seminary in 1919, explained that eugenics, like Christian morality, was aimed at “removing the causes that produce the weak.” In a 1928 winning entry for a national “eugenics sermon contest,” Rev. Kenneth MacArthur intoned: “If we take seriously the Christian purpose of realizing on earth the ideal divine society, we shall welcome every help which science affords.” The Rev. W.R. Inge, a professor of divinity at Cambridge University and one of the best-known clergymen of his day, was a devout believer in eugenics. In books, essays, and a weekly newspaper column, Inge complained about “humanitarian legislation” that assisted “these degenerates,” who possess “no qualities that confer a survival value.” They posed a mortal threat to Western civilization, he argued, and should be quarantined and eliminated.

The scientific community used its immense cultural authority to persuade democratic lawmakers to get on board. The American Eugenics Society — founded in 1922 and supported by Nobel Prize-winning scientists — hoped to sterilize a tenth of the U.S. population. California led the way, using its 1909 sterilization law to target the “unfit” and “feebleminded,” i.e., the poor, the infirm and the criminal class. Today, in battling the coronavirus, California has scrambled to acquire more hospital ventilators and even considered the mass release of its inmate population. But in the aftermath of the influenza outbreak, groups such as the Human Betterment Foundation lobbied for the involuntary sterilization of thousands of California residents in state hospitals and prisons. Thirty-two other states adopted similar eugenic policies.

What turned the tide of opinion against eugenics? The racist barbarism of Nazi Germany — the cries of the victims of Auschwitz — revealed to the world the appalling logic of eugenics. Yet there were other voices as well: the conservative and traditionalist Christians who never were taken in by the promises of a human biological paradise. In 1922, the influential Catholic thinker G.K. Chesterton published Eugenics and Other Evils, the only book of its time unabashedly opposed to the movement’s claims and objectives. Indeed, Chesterton anticipated the totalitarian direction of the eugenic agenda, which he derided as “terrorism by tenth-rate professors.”

William Jennings Bryan, an evangelical Christian — often caricatured for his opposition to the teaching of evolution in public schools in the 1925 Scopes “Monkey” Trial — is also worth recalling. The textbook that Bryan denounced, A Civic Biology, openly promoted the ideology of eugenics. After reviewing case studies of families with significant numbers of “feeble-minded” and “criminal persons,” the book’s author rendered a judgment: “They take from society, but they give nothing in return. They are true parasites.” In his closing argument in the trial, Bryan insisted that he was not opposed to science, but to science without the restraints of religious belief.

“Science is a magnificent force, but it is not a teacher of morals,” he explained. “If civilization is to be saved from the wreckage threatened by intelligence not consecrated by love, it must be saved by the moral code of the meek and lowly Nazarene.”

Perhaps civilization has learned that lesson, at least partially. The heroic efforts to rescue as many people as possible from the current pandemic — regardless of their age, identity or physical condition — is evidence that the teachings of Jesus, the Nazarene, have not been fully forgotten.

2 Responses to The Hill: Pandemics and the survival of the fittest