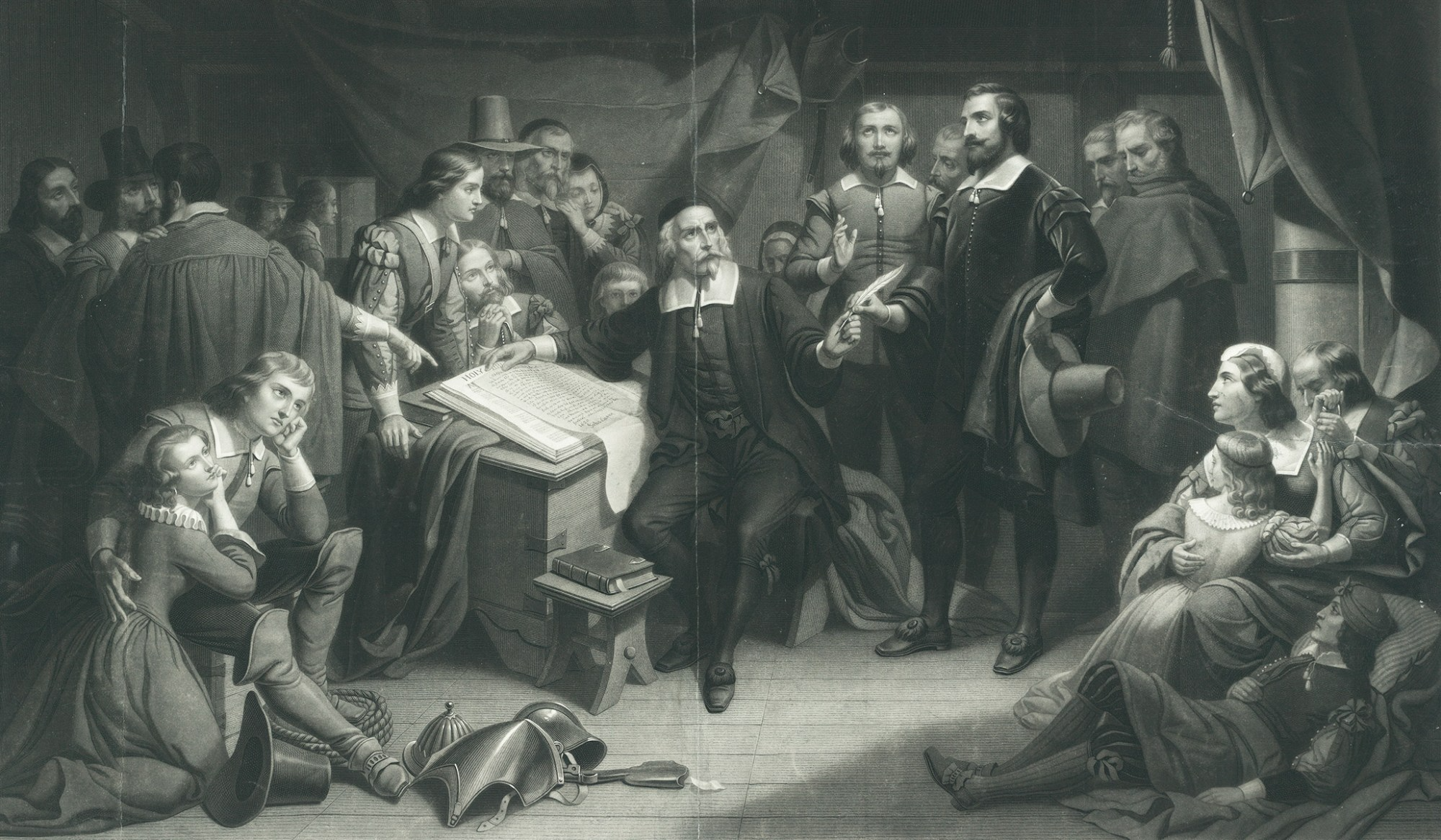 In his famous Leviathan, the 17th-century theorist Thomas Hobbes argued that members of a political society should submit themselves to an absolute sovereign to preserve their lives and security. Without an absolute ruler, Hobbes warned, life would be “solitary, poor, nasty, brutish, and short.” Four hundred years ago, on November 11, 1620, a small group of zealous Puritans washed ashore near Cape Cod, Mass., and proved him wrong.

To be sure, for the 102 men and women who traveled from Europe on the Mayflower, the world they encountered looked like a Hobbesian nightmare. William Bradford, who later became governor of the colony, described “a hideous and desolate wilderness.” The first bitter winter brought death — from disease, malnutrition, and exposure — to more than half of the company. Without help from the area’s native people, the Wampanoag, probably none of the colonists would have survived.

There were also threats from within: Only 41 of the company were Protestant separatists or “saints,” those fleeing religious persecution and seeking freedom of worship outside the Church of England. The remainder, called “strangers,” were a mix typical of the middle and lower classes of 17th-century English society. Many came for purely commercial reasons; others may have been trying to escape their past. One of them, John Billington, became the first colonist executed for murder.

The long, miserable journey across the Atlantic did not create a unified body of pious believers. Bradford saw trouble brewing when “several strangers made discontented and mutinous speeches.” Because they had landed hundreds of miles north of their destination in Virginia — outside of the territory under charter by King James I — the colonists did not have a clear understanding of what laws would guide them. They faced the real possibility that factionalism would destroy their community.

Yet their differences impelled them to reach for a radical solution to hold the company together. The Mayflower passengers decided that their freedom and security would not depend upon an all-powerful Leviathan. It would depend upon their ability to govern themselves, to submit to laws that they themselves had written. The Mayflower Compact, signed on November 11, 1620, broke ranks with English political theory and practice, in which unelected monarchs issued decrees and ruled by divine right.

The Mayflower Pilgrims, as they came to be called, were committed to “the advancement of the Christian faith” and designed and signed their compact “in the presence of God.” But no one seemed to have a theocracy in mind; rather, they sought to form “a civil body politic.” Importantly, their new political community would be framed by “just and equal laws” — laws that would apply without discrimination to all their members. Here, at the very beginning of the American story, one can discern the concepts of equal justice and government by consent of the governed.

We need not romanticize the Pilgrims. These Puritans were seeking religious freedom for themselves, and for themselves alone. Moreover, not everyone signed the compact: Only the adult male passengers, including two indentured servants, were invited. The women, who would do so much to help the company survive, were excluded.

Nevertheless, they all participated in the civic affairs of the colony. After the Mayflower anchored again at Plymouth Rock, the survivors created a largely self-sustaining economy. Their faith gave them a raw determination to succeed, and the political consensus held: Plymouth became the first permanent European settlement in New England. More importantly, the Pilgrims introduced into the West an unprecedented experiment in consensual government, involving not a monarch but individuals acting on their own initiative.

The architects of the problematic 1619 Project have suggested that the year 1619, when enslaved Africans were first brought to America’s shores, should be viewed as the authentic date for the American Founding. We should hold fast to 1776. Yet the seeds of that Revolution were indeed planted in 1620: the year when a rugged group of men and women, in a moment of existential crisis, resisted the Leviathan and gambled on self-government.

Previous: Law and Liberty: The Rule of Law vs....
Next: Wall Street Journal: Preserving the ...

6 Responses to National Review: Resisting the Leviathan: The Mayflower Compact